Raspberry Pi‘s computers are small, cheap, and low-power. But they’re so small that all the ports won’t fit on the same side, so they tend to be spread around the little computer — which cables running from the single-board computer can look a bit messy.

But thanks to a third-party Raspberry Pi 4 case, it’s possible to put all the ports on one side.

The Argon ONE is an aluminum-alloy case with an adapter board that lets you move micro HDMI ports, A/V port, and USB-C power input port so that they’re on the same side as the device’s other ports. 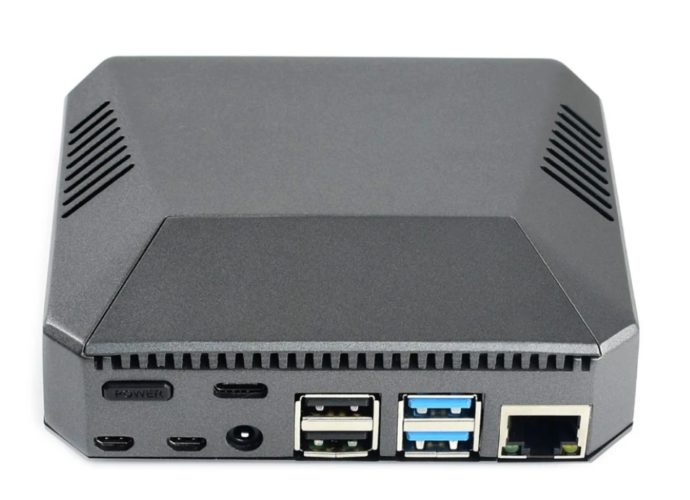 The case has a removable panel that lets you access the Raspberry Pi’s GPIO pins without taking the computer out of the case. And while the aluminum case has a built-in heat sink to help keep Raspberry Pi 4 computers cool, there’s also a fan that you can use for active cooling.

I can’t find the exact dimensions of the Argon ONE case, but it’s obviously a bit larger than a Raspberry Pi itself, since it needs to be in order to extend the ports along one side of case. But it’s still a lot smaller than most desktop computers.

One interesting design choice? The power button is on the same side as the ports — which means that you’ll need to reach behind the computer to turn it on or off (assuming you want to call the side your cables run out of the back).

CNX-Software spotted the Argon ONE case at Banggood, where it sells for $30. But it’s also available from Amazon for $25 or from WaveShare for $20.