ShaRPiKeebo is an add-on that gives you both of those things in a compact package small enough to fit in your pocket, effectively turning the Raspberry Pi Zero 2 W into a pocket computer or game console that you can use anywhere. First announced in January, the ShaRPiKeebo is now up for pre-order for $150 through a Crowd Supply campaign which recently met its crowdfunding goal, which means the developers have raised enough money to produce the device and (hopefully) begin shipping units to backers in November, 2022. 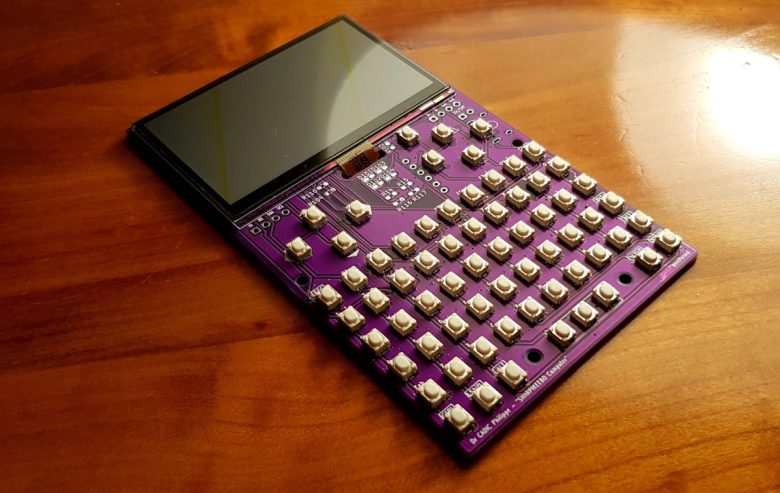 Developer Sulfuroid has created a custom printed circuit board with built-in switches that can be used as a 56-key keyboard for thumb typing, plus a set of extra keys set up in a D-Pad arrangement, allowing you to use them as game controllers.

At the top of the board there’s a 2.7 inch, 400 x 240 pixel, daylight-readable black and white Sharp memory LCD display. A long-range wireless transceiver also lets you use the device for messaging whether you’re connected to WiFi or not.

The whole thing measures just 115 x 66 x 20mm (4.5″ x 2.6″ x 0.8″), making the device smaller than most smartphones, if a bit thicker and more… naked looking. But while the original plan had been to ship just the board, a project update means that backers of the crowdfunding campaign will also get an enclosure that makes the whole thing look a bit more like a finished product (and a more pocket-friendly one that won’t snag or tear a hole in your pants). 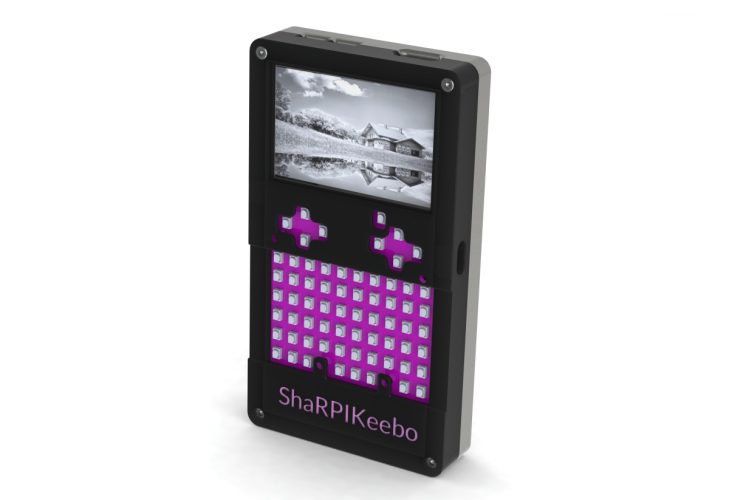 The enclosure will either be manufactured from plastic using a molding process or created using a 3D printer. Those details are still a work in progress.

Designed to run on battery power, the ShaRPiKeebo has on-board battery management, a LiPo battery connector, and a charging module that lets you recharge a battery with a USB-C charger. Expect up to 6 hours of battery life if you opt for a 6,000 mAh battery or around 3 hours of active use with a 3,000 mAh battery. 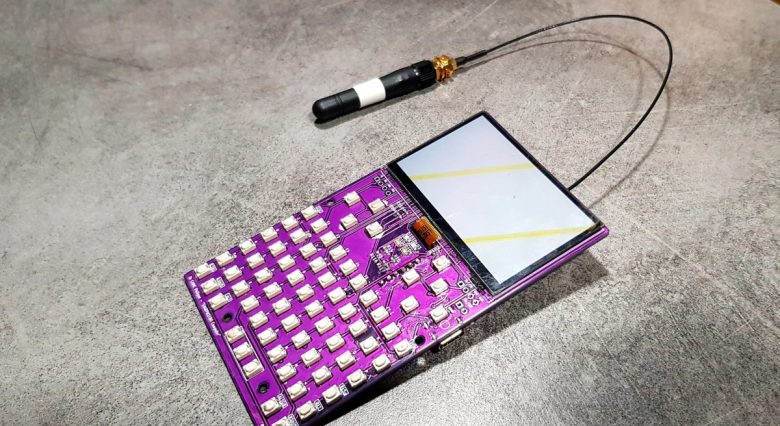 The developer has been sharing pictures and short videos of the project on Twitter for months, detailing the hardware and showing the device in action. At this point, Sulfuroid says availability of all components has been confirmed, and fabrication and assembly partners have been lined up.

So the next steps, would be to manufacturer a small batch of devices for testing and validation in the hopes of shipping units to backers within three months of the end of the crowdfunding campaign… although there’s obviously no guarantee that this will happen, as there’s always some risk involved in crowdfunding.

This isn’t the first project we’ve seen that attempts to turn a Raspberry Pi Zero into a pocket-sized computer. The PCB and keyboard remind me the SnapOnAir Raspberry PI Zero PCB that’s been available since early 2019. But ShaRPiKeebo features a different keyboard layout, a different screen, and that long-range wireless radio, which helps it stand out.