We already have a good idea of what the new Google Nexus 6P will look like. But what about the smaller Nexus 5X?

A few new leaks have got us covered. 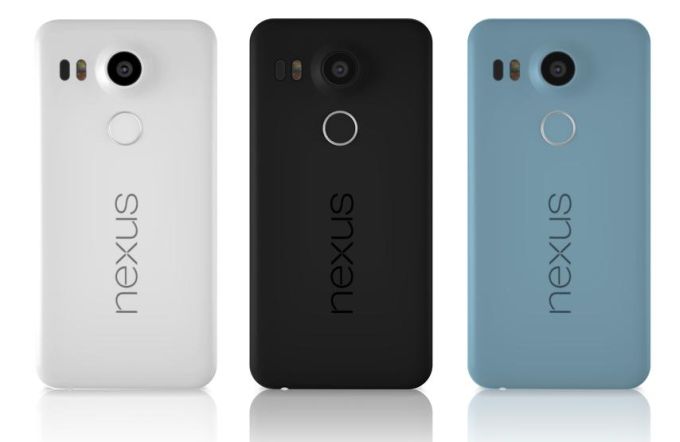 Android Police has posted two images that give us a pretty good look at the front and back of the 5.2 inch smartphone built by LG. It’s expected to come in black, white, or light green varieties.

Meanwhile, a few other leaks show us the phones from different angles.

If you believe what you read on the internet, the phone should have a 5.2 inch, 1920 x 1080 pixel display, a Qualcomm Snapdragon 808 processor, a USB Type-C connector, fingerprint scanner, and 16GB to 32GB of storage. It should ship with Android 6.0 Marshmallow software.

There have been reports suggesting the phone could have 2GB of RAM, while other suggest it has 3GB. Maybe there will be two options?

We should know more on September 29th. Google is holding an event on that day, and there’s a good chance that’s when the company will officially unveil the Nexus 5X, Nexus 6P, and a new Chromecast.

I’ve been using a Google Nexus 5 for the past two years, and I’d been thinking about updating to the Nexus 5X. But unless the new model offers substantially longer battery life, I might hang onto my aging phone for a bit longer. It’s still pretty fast, supports the latest versions of Android, and most importantly, it’s more pocket-sized than most flagship phones on the market today.

What do you think? Are you planning to pick up a next-gen Nexus phone?