Sony’s expected to introduce a new 9.4 inch tablet in September, with a starting price around $400. We’ve already seen leaked documents that spell out the hardware features of the new Sony Xperia Tablet.

Now a few more pictures have been uncovered, showing off the new tablet’s design. 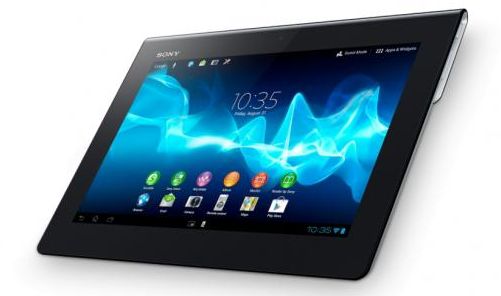 Like the Sony Tablet S which was introduced in 2011, the new Sony Xperia Tablet has a sort of folded magazine-inspired design. Near the top (or side, depending on how you hold the tablet), there’s a flap of plastic that looks like it’s folded down over the rest of the device. This makes the Xperia tablet thicker at one end, giving you something to grip when holding the tablet in one hand.

But the Sony Xperia Tablet is much thinner than its predecessor, measuring less than half an inch thick even at the thickest point.

The pictures also show front and rear cameras, speakers on the back of the device, and volume and power buttons in that “fold” area.

You can find more images at the xda-developers forum.

via TechFokus and Xperia Blog