Earlier this year Google announced plans to make it easier for users to make informed decisions about the privacy and security risks posed by apps they install from the Google Play Store.

Now the company is outlining new policies for developers and giving users an idea of what the new safety section will look like when it starts to arrive next year. 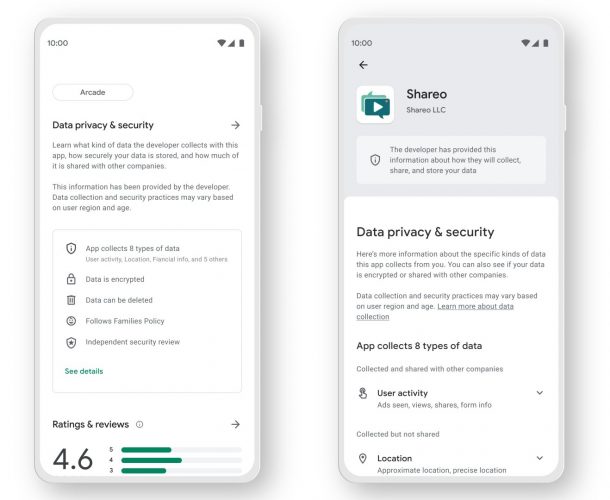 In a nutshell, the new safety section is is Google’s answer to the “nutrition labels” that Apple added to the App Store recently, both by allowing users to see what personal data is collected by an app, and how it’s protected and/or used.

For example, developers can highlight use of data encryption or point out if the app has been independently reviewed and validated according to a global security standard. And users can see if an app requires their location, contact, or other personal information and why the app is requesting it.

In terms of policy changes, Google is going to start requiring all apps to have a privacy policy. Previously this was only a requirement for apps that collected “personal and sensitive user data.” And developers will be responsible for submitting accurate data for the safety section of their Play Store app listings, including how data is used by any third-party libraries or SDKs.

Users will still ultimately be the ones to make a call on whether or not they trust an app after reading its data privacy & security information. But having one place to find all of that information should make things a bit simpler.

Google says the design of the safety section hasn’t been finalized, but the images posted to the Android Developers Blog (including those shown in this article) give a rough idea of what users can expect.

Before that happens though, Google is rolling out a user-oriented privacy update this year. 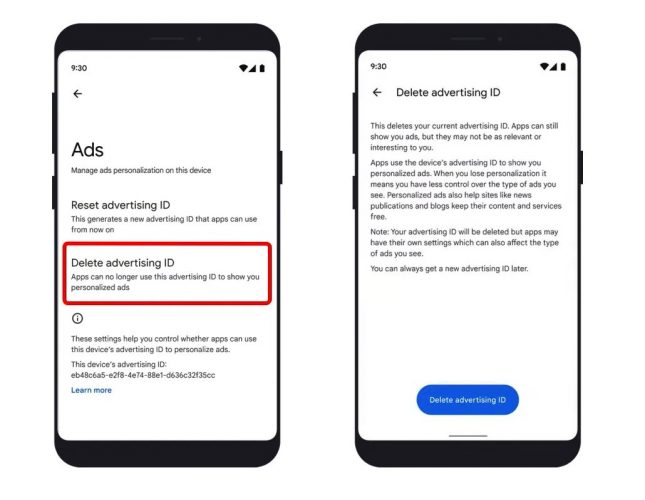 Later in 2021, the company will allow users running Android 12 to delete their advertising ID, which replaces the custom ID with a string of zeros as a way of opting out from seeing personalized or interest-based ads in any apps running on their phones.

Developers who currently use advertising IDs for things like analytics or fraud prevention will instead be able to use an “app set ID” that cannot be used for ads, but which can be used for other “essential use cases.” These unique IDs will apply to all apps from a specific developer on a specific device, and they’ll automatically reset if a users doesn’t touch any of those apps for a year.