Firefox OS is an operating system designed around the technologies used in the Firefox web browser. It can run apps that use web technologies such as HTML5 and JavaScript which makes it easy for developers to convert existing web apps into Firefox OS apps.

The first commercial devices with Firefox OS software were smartphones. But it can also run on tablets, TV sticks, and TVs. This year Panasonic announced it would be using Firefox OS for its smart TV family.

Now the developers of Firefox OS at Mozilla are giving us a closer look at how the operating system works on TVs. 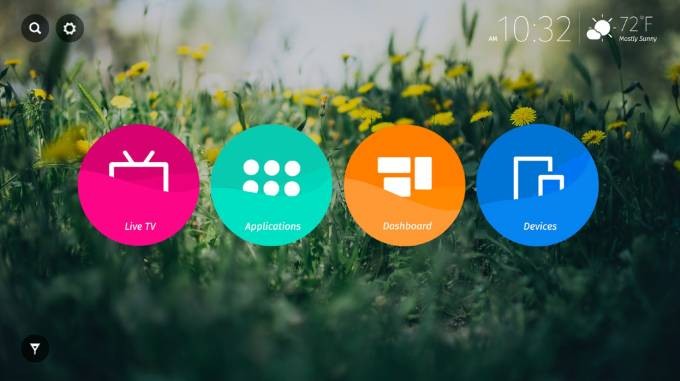 The TV interface uses a cards-and-decks metaphor. Live TV, for instance, is the top card in a deck. Choose Live TV and you’ll view a list of channels (or other cards in that deck). You can pin any of those cards to the top to give you quicker access to your favorite channels in the future. 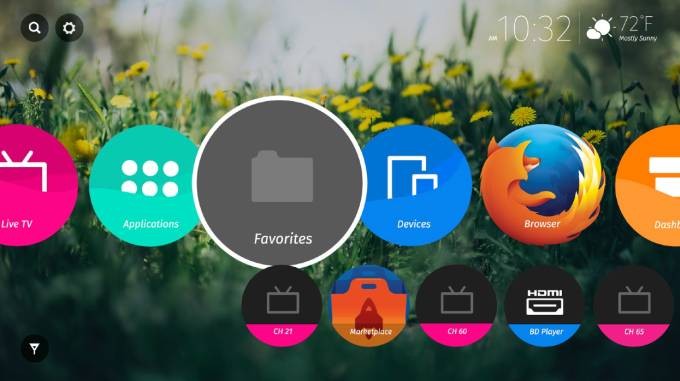 Other cards include applications, favorites, devices, and browser.

That means user-downloaded apps won’t show up on the home screen, but they’ll be one click away and you can pin your favorites for quick access. 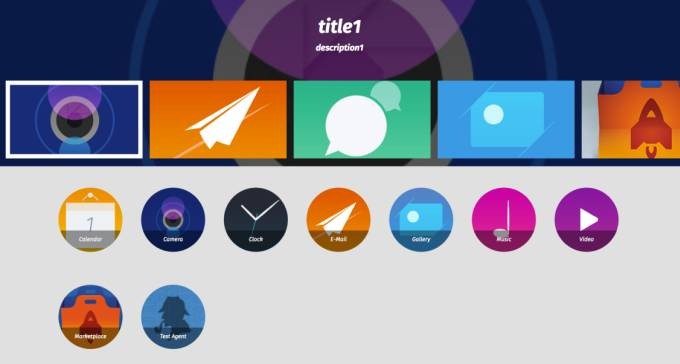 One of the default home screen cards is called Dashboard, and it’s sort of the smart TV equivalent of a home screen or lock screen on a smartphone. It can display information including the time, weather conditions, number of notifications available from your other apps, and even details about currently-playing music or other apps running in the background. 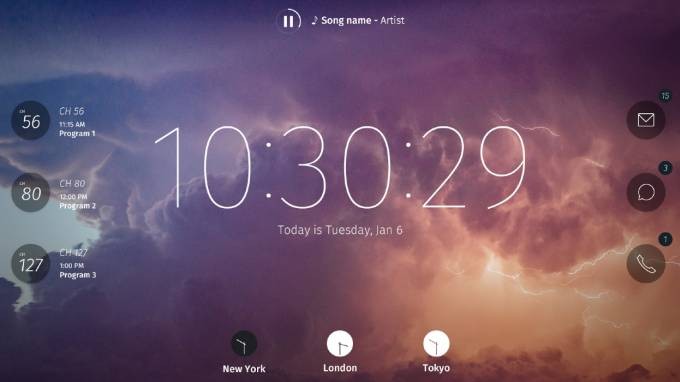