Late last year, Essential revealed that it was working on a brand new type of Android-powered smartphone code-named Project GEM, with a tall and skinny design and an unusual user interface.

Now that the company is shutting down, you’ll never be able to buy a Project GEM device. But in the company’s farewell letter, Essential is finally showing us a little more of what GEM was supposed to be through a series of demo videos. 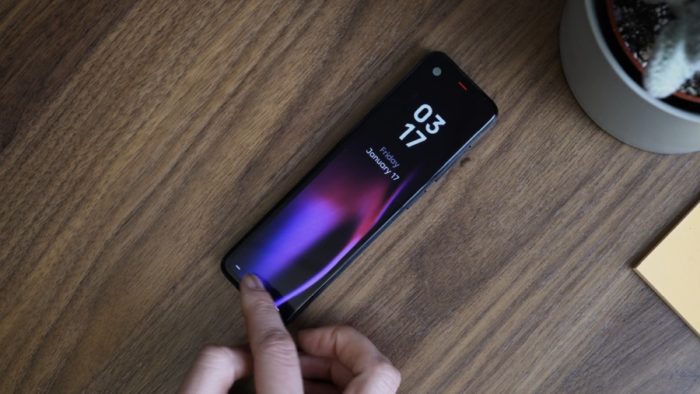 For example, a video showing productivity apps, Google Maps, and social media makes it clear that despite having little horizontal screen space, the phone could run typical Android apps and supported quick text input via a custom keyboard with swipe navigation.

Not convinced that touch input on a tiny keyboard is the way to go? Another video depicts voice controls that let you use nothing but voice to control the phone.

Just touch a designated finger to the phone to start a voice command and you can send a message or perform other actions. For example, you can ask about upcoming calendar appointments, control music playback, or you can even tell the phone to send the last photo you captured with its camera to a contact in WhatsApp or another app.

A camera video shows that the phone can be used in landscape mode as well as portrait, and the phone’s wide-angle camera could be used for zoom photography as well as capturing a wider shot.

The final video showcases the hardware, including its glass unibody design with an edge-to-edge OLED display with an in-screen camera and a color-shifting rear

You can also see that the Project GEM device was half as wide as the Essential PH-1 smartphone.

Now that Essential is out of business, it’s unlikely that the Project GEM will ever see the light of day… and I’m not entirely convinced that it solves any problems that current smartphone users have. It seems like Essential was trying to make something different just for the sake of… making something different.

But maybe I’m wrong and other companies will steal some of these ideas for future products and lots of people will buy them. Maybe.