Half a year ago Google submitted documents to the FCC for a product called the A4R-GG1. At the time there weren’t many publicly-available details, but it looks like the confidentiality period is over, because now the FCC website has photos and a draft of a user manual.

What you’re looking at is an updated version of the Google Glass wearable computer. That doesn’t mean this is the version that will ultimately ship though: these photos and other documents are all about half a year old at this point. 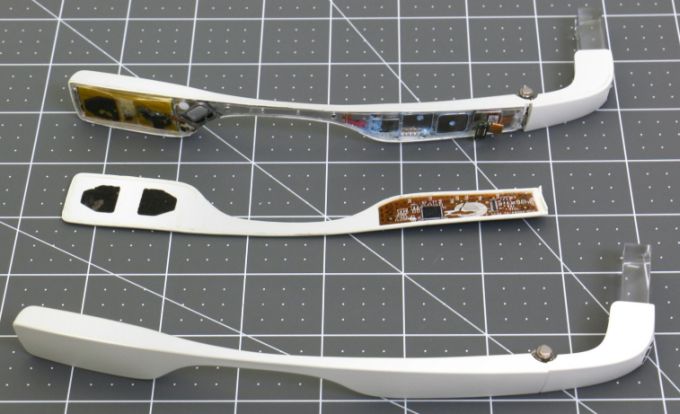 Google Glass is a mobile device that you wear like a pair of glasses. It runs Android-based software and puts a small, semi-transparent display above one eye, allowing you to see notifications, maps, instructions, or other information without shifting your focus very far from the environment around you.

After running a Glass Explorer Program that allowed developers and enthusiasts to pay $1500 for an early prototype, Google pretty much shut down the program and went back to basics earlier this year.

Some reports have suggested that Google’s next-gen Glass will focus on the enterprise space, since that’s where the early versions were most popular. Google may also be working on a screenless, audio-only version of its device.

The FCC documents don’t tell us much about those plans. But here’s what we do know: when Google submitted these documents in May, the company had a version of Google Glass that included a display, camera, and touchpad much like the original. The updated versions seems to have a hinge that allows you to fold the display area though.

9to5Google reports that hundreds of people are already testing the new version of Glass as part of the Glass at Work program, but Google hasn’t yet officially announced any next-gen hardware.