Rumor has it that Samsung’s next smartphone with a foldable display won’t be a tablet that folds in half to become a phone-sized device like the Samsung Galaxy Fold. It’s expected to be a foldable flip phone-style device, more like the Motorola Razr.

In December the first real-world picture of the rumored phone started making the rounds. Since then there have been a bunch of leaks that allegedly give us an idea of what to expect.

Today WinFuture posted a list of key specs plus a bunch of images of the upcoming phone, while @evleaks shared the unwatermarked image you can see below: 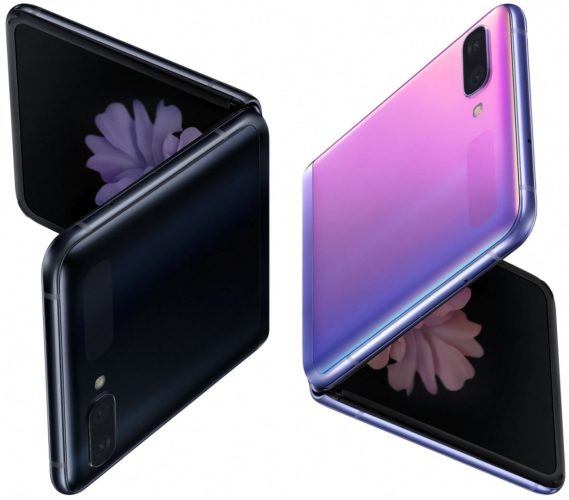 So if the latest leaks are accurate, here’s what we’re looking at:

Like most modern phones, the Galaxy Z Flip lacks a microSD card reader or headphone jack. But it does appear to be a phone designed that handles one of the challenges of recent phones — as screen sizes have gotten larger, smartphones have become less pocketable. By folding the Galaxy Z Flip in half, it should be a lot easier to slide into a pocket or handbag.

Whether that’s enough to justify the asking price remains to be seen. According to WinFuture the Samsung Galaxy Z Flip will sell for somewhere around 1500 Euros, which is the equivalent of $1650 in US dollars. While that makes it a lot cheaper than the Galaxy Fold (2100 Euros in Germany), it’s still a lot of money to spend on a smartphone with the kind of specs you could get for half the price from just about any other recent flagship.

New technologies like foldable displays aren’t cheap to develop or manufacturer. But unless/until the price comes down, it’s likely going to be hard for Samsung, Motorola, and others to convince people to spend that kind of money on a smartphone that will probably be replaced in 2-3 years with a newer model. But at least it doesn’t have a mid-range processor like the Motorola Razr.

You can find many more pictures that allegedly show the Samsung Galaxy Z Flip at WinFuture.