Google is set to hold its fall hardware launch event in a few days, but there are virtually no surprises left regarding the companies latest phones. Now it looks like Google may be having a hard time keeping a lid on its first Chrome OS tablet.

MySmartPrice has posted several images that are said to show off the upcoming tablet. It’s not the first time we’ve heard of the Pixel Slate, often referred to by its code name “Nocturne,” but if these images are accurate, they give us our best look at the tablet to date 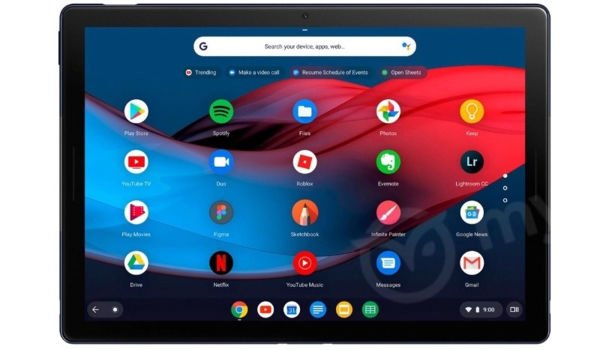 The tablet is said to have a 3:2 aspect ratio display, a USB Type-C port, stereo speakers, support for a keyboard cover, and it comes with a capacitive stylus for writing it drawing.

We still don’t know the final specs for certain, but About Chromebooks has some educated guesses, based on code commits and benchmark listings. The site reports that the tablet will likely have a 3,000 x 2,000 pixel display and come with a choice if 8GB or 16GB of RAM and processor options ranging from Celeron 3965Y to Core i7-8500Y.

It’s worth noting that this isn’t the first Chrome OS tablet. HP already offers the Chromebook x2 with a detachable keyboard and Acer sells the Chromebook Tab 10 which ships without any physical keyboard at all. But the Pixel Slate is expected to be Google’s first Chrome OS device designed specifically for pen and finger input rather than as a laptop that happens to have a touchscreen.

The Pixel Slate would also be the first real tablet from Google since the Pixel, which was a 10 inch Android tablet with a detachable keyboard. It launched in late 2015.

9 replies on “This is (probably) the Google Pixel Slate (leaks)”