We already know that it’ll be powered by a Qualcomm Snapdragon 865 processor… because Qualcomm told us as much in February.

Now we also know what the upcoming Lenovo Legion gaming phone will look like, thanks to e series of images uncovered by Pricebaba. 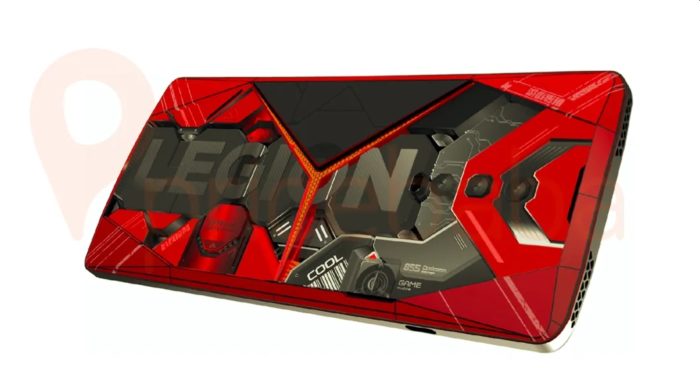 According to the website, these pictures were found at China’s CNIPA patent website, and what they show is… a rather busy-looking design. But that’s kind of par for the course with gaming products.

From a practical standpoint, the Legion phone seems to share some features with other gaming phones.

Like the Asus ROG Phone II, it appears to have two USB-C ports — one on the bottom, and one on a side. This makes it possible to attach docking accessories and/or charge the phone and use USB-C headphones at the same time without any cumbersome dongles.

And like the Nubia Red Magic 3 gaming phone, the Legion Phone may have a cooling fan under the hood. That’s not 100-percent certain, but the word “cool” and a picture of what looks like a fan are shown on the back of the phone.

Other details listed on the back of the phone include mentions of a 5,050 mAh battery and Qualcomm Snapdragon 855 processor — although that probably indicates that we’re looking at a relatively old picture of the phone, since the Legion gaming phone is actually expected to ship with a newer Snapdragon 865 chip.

The legion phone is also expected to support 55W fast charging, and the images show three rear cameras and a front camera in the phone’s top bezel — rather than a notch or hole-punch design, the Legion Phone appears to have relatively slim bezels above and below the screen.

You can find more pictures at Pricebaba.

2 replies on “This is Lenovo’s Legion gaming smartphone (leaks)”