Tizen is a Linux-based operating system backed by Samsung and Intel. Samsung already uses it on smartwatches and cameras, and the company recently unveiled the first Tizen phone as well as an SDK for upcoming smart TVs running Tizen.

This week the company is giving us a first look at Tizen in action on phones and TVs at the Tizen Developers Conference in California. 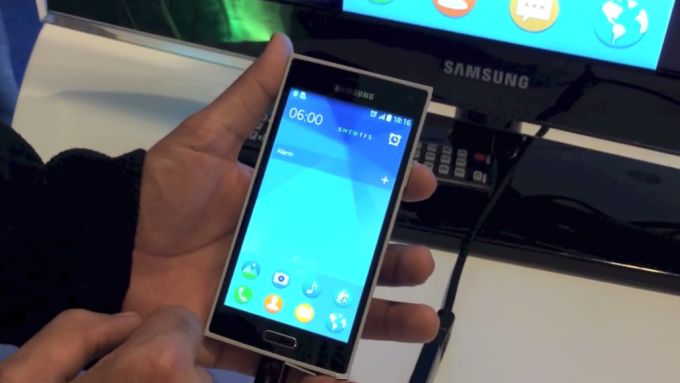 Samsung’s Galaxy Z will be the first phone to ship with Tizen when it ships in Russia this summer. While the Galaxy Z’s not quite ready to go, the company has been showing off a prototype and the folks at The Handheld Blog got a chance to check it out in person.

Since Samsung heavily customizes the user interface on its Android phones, the Galaxy Z user interface should actually look pretty familiar to anyone that’s used a Samsung phone in the past.

It has a pull-down menu that provides quick access to key settings. The multi-tasking screen looks a lot like the Android mult-tasking view, displaying large thumbnails of running apps which you can dismiss by swiping.

But there are a few other features including a larger tray for frequently used apps on the home screen — and in the app drawer. The operating system also has an app manager that lets you close running apps to free up resources… which makes me wonder if there’s any benefit to doing that manually. Most other smartphone operating systems manage resources automatically.

Other features include a gallery app, web browser, and music player.

Not all Tizen phones will feature this user interface, which was designed specifically by Samsung for inclusion on its own smartphones.

Samsung recently unveiled a software developer kit to let coders create apps for Samsung smart TVs running Tizen… although the company doesn’t actually plan to launch any Tizen-powered TVs until closer to the end of the year.

But Samsung is showing off a demo of an early version of Tizen for TVs this week, and it looks pretty slick.

There’s a TV-friendly app launcher and media views for browsing music sources or video sources. There’s also a web browser that you can use to surf the web or even stream videos from websites that might not have dedicated apps… assuming they support HTML5 video.

In the demo, Samsung is also showing off a Smart TV remote control with air mouse functions to make browsing websites easier.

You can find more details at The Handheld Blog and Tizen Experts. 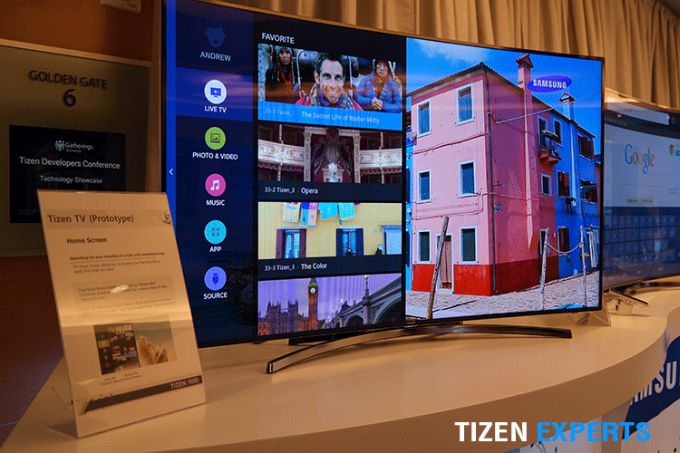