Modern smartphones may sell for anywhere between $20 and $1000, but for the most part they’re only designed to be used for a few years. So what happens to your phone after it’s reached the end of its life?

Some folks sell their old phones to recoup some of their costs. Others let them collect dust in drawers (or turn them into art projects). And an awful lot of people just throw them out, environmental impact be damned.

But there are also a lot of ways that you can recycle old phones. And while the processor in your 2009 Moto Droid phone might not be much user today, recyclers can extract parts and materials that could be put to use.

And then if you want to support that sort of thing, you can buy a piece of your old phone back… in the form of dinner ware. 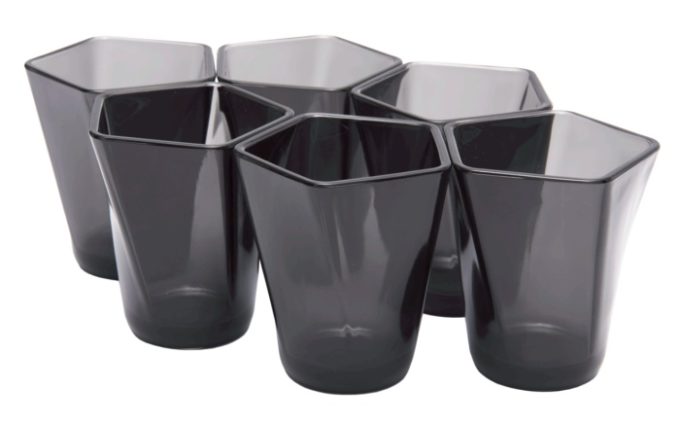 Sure, if you spend $49 for a pack of 4 Handy Glass drinking glasses, you probably won’t get to hold a piece of your old phone in your hands every time you take a sip. But it’s someone’s old phone.

In fact, it takes about 30 phone screens to make those 4 glasses, which helps divert some trash from the waste stream while giving you a set of four 200ML glasses.

There’s also a larger 350ML Large Handy Glass set that’s manufactured from about 47 old screens. Or you can spend $45 for a Handy Bowl made from about 360 smartphone screens.