Chinese phone maker Vivo unveiled a new sub-brand called IQOO this week, but the company didn’t say much about what kind of devices it would sell under that brand.

Now a series of images posted to Chinese social media site Weibo may have the answer. They depict a smartphone with a flexible display that folds down the middle, allowing you to use a single device in tablet or smartphone modes. 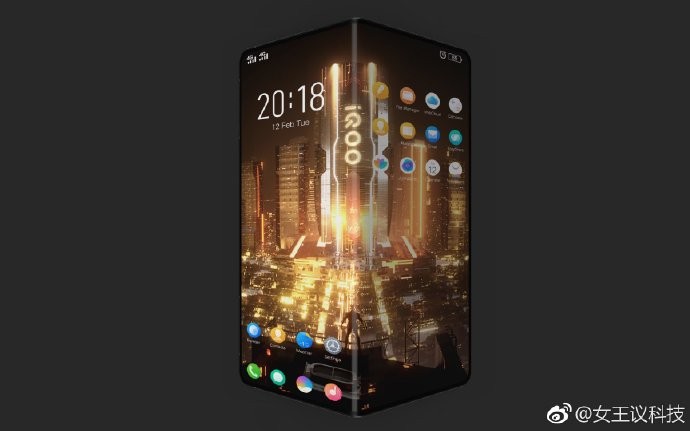 At this point there are no real-world images, just a few renderings showing what the phone could look like. I wouldn’t be surprised if the real-world version looks a bit different if and when it launches. Thicker bezels seem likely. And I don’t see a camera, so either this model has a pop-up camera, one that shoots pictures through the display, or the renderings aren’t 100 percent accurate.

That said, whether these images are legit or not, it’s almost a given that Vivo would be working on a folding phone. The company’s phones may not be widely available in North America, but Vivo has become one of the biggest smartphone companies in the world in recent years… and folding phones seem to be the hot new trend of 2019.

Royole brought its expensive (and kind of wonky) folding phone to CES in January. Samsung and Xiaomi have both shown off working prototypes. Huawei and Motorola are both expected to unveil their own models soon. So it’d kind of be bigger news at this point if a company announced it wasn’t going to develop a smartphone with a folding display of some sort.

Whether people are going to buy this first crop of devices remains to be seen… and is likely dependent on how phone makers balance price, performance, battery life, and usability.