Microsoft is expected to launch at least two new premium smartphones this year. Now a forum member at Chinese website WP XAP has posted pictures that could give us the first good look at one of those phones.

The image show what seems to be a Nokia Lumia 950 smartphone, and as expected, it seems to be one of the first Lumia smartphones to support Continuum for phones. That’s Microsoft’s new software that allows you to connect a keyboard, mouse, and external display and basically turn your phone into a desktop PC. 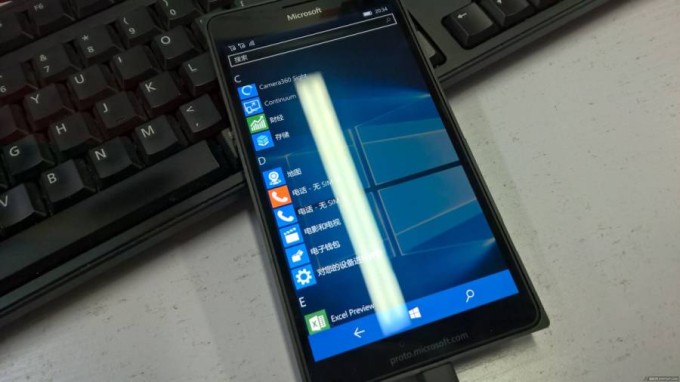 It should ship with Windows 10 software and support for Universal Windows Apps.

That means you won’t necessarily be able to run desktop apps designed for Windows 7 or earlier. But you will be able to run modern versions of Office Mobile and other apps that are designed to support a range of device types, including phones, tablets, notebooks, and more.

Run Office on your smartphone and you’ll get a full-screen, touch-friendly user interface. Connect your phone to a docking station so you can use it with a mouse, keyboard, and monitor and you’ll get a user interface that looks more like a traditional desktop app, complete with multi-pane views for apps like Outlook and windows that can be minimized or moved.

Microsoft is also said to be working on a larger model called the Lumia 950 XL. That phone should have a 5.7 inch display, and a 3,300 mAh battery. Other specs are expected to be the same as those for the Lumia 950.