Most modern smartphones have touchscreens and virtual keyboards. But BlackBerry (and its hardware partners including TCL) are keeping the physical keyboard dream alive.

Last year the companies launched the BlackBerry KeyOne with a QWERTY keyboard below the screen and a design reminiscent of a classic BlackBerry device (but with modern Android software). Now it looks like a BlackBerry KeyTwo may be on the way… or maybe it’ll be called something else.

Either way, a device that’s rumored to be code-named the BlackBerry Athena showed up at China’s patent office recently, and based on photos posed to slashleaks, it sure looks like an updated KeyOne to me. 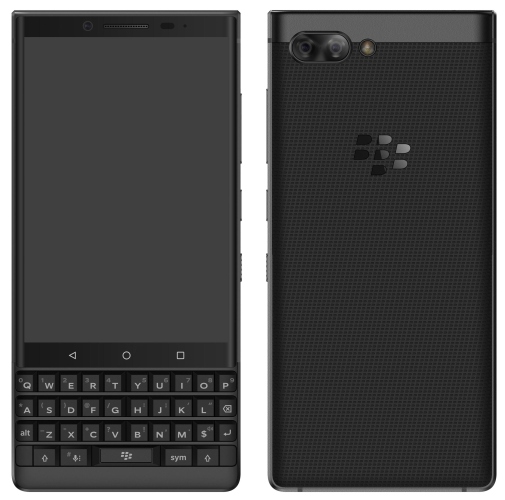 While there are pictures showing what the phone looks like from the front, back, and each side, there aren’t a lot of details about what’s under the hood. I’d expect at least a modest spec bump from the KeyOne though, which had a Qualcomm Snapdragon 600 series processor, 3GB of RAM, and 32GB of storage.

One obvious difference is that the new phone appears to have a dual camera setup on the back, suggesting you’ll be able to shoot portrait-style photos with blurred backgrounds or apply other depth and lighting effects.

The front of the phone is notch-free, thanks to a relatively slim top bezel that runs along the top of the phone and which has enough space for a front-facing camera, earpiece and other necessities. It’d be kind of hard to go totally bezel-free on a phone with a physical keyboard anyway.

Other features appear to include a USB Type-C port and speakers on the bottom, a 3.5mm headphone jack on the top, and power and volume buttons on the right side, as well as an extra special function key.

There’s no word on the price, release date, or what markets this phone will be available in.

Update: More images of the phone have popped up at China’s TENAA wireless regulatory site.