This is the year when folding smartphones with flexible displays are expected to become a real thing that you can go out and buy. We’ve already seen some early demos from companies including Samsung and Royole, and I wouldn’t be surprised to see a few more examples on display at the Consumer Electronics Show next week.

But so far all the examples I’ve seen have been phones that fold in half. Now Evan Blass has shared a brief video that allegedly shows a phone that folds in thirds, sort of like a tri-fold wallet.

It’s unclear if this is a real device, but it certainly provides a glimpse at one possible direction smartphones of the future could take. 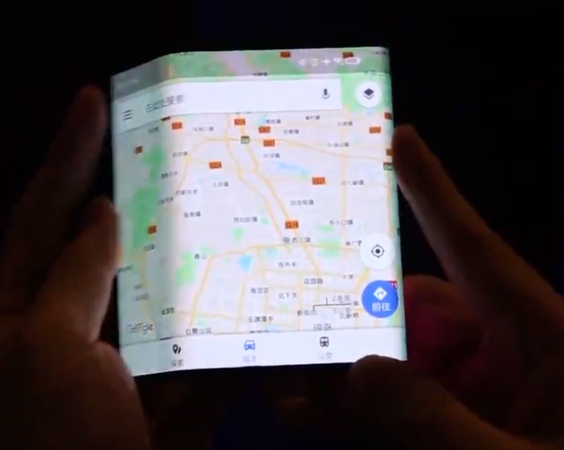 In the video you can see a touchscreen device that seems to have a 4:3 or 3:2 aspect ratio… and then the user folds the right side and then the left side behind the screen, resulting in a more phone-shaped display with a 16:9 or 18:9 aspect ratio.

Keep an eye on the status bar at the top of the screen and you’ll see that when the right side is folded the power, wireless, and clock icons automatically migrate to the middle screen section (so that they’re on the right side of the screen whether you’re using it in tablet or phone mode). When the left side is folded, the notifications also move to the middle screen.

There’s no information about the specs, price, or release date, but Blass says the device is “allegedly made by Xiaomi.” So it’s possible we’ll see an official announcement from the Chinese electronics company in the coming months.

It’s also worth noting that in tablet mode it looks like the screen’s not entirely flat. You can see where it folds if you glance at the top of the screen.