Have an old Game Boy that’s collecting dust? Now you can turn it into a wireless PC game controller.

Alex Iannuzzi designed and built a custom Game Boy cartridge that effectively turns any Game Boy into a wireless controller.

There’s no hardware hacking required — just plug in the cart the same way you would a game and the handheld game console turns into a wireless controller.

While some folks might be able to follow Iannuzzi’s instructions to build their own carts, you can also buy one from the Inside Gadgets shop. 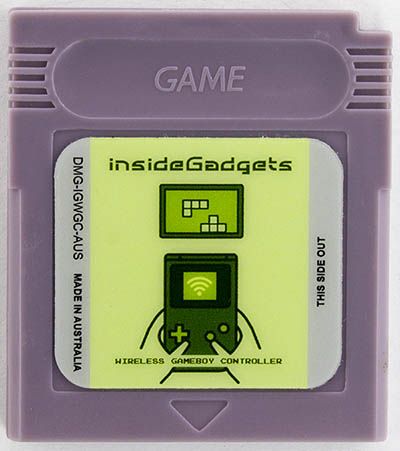 A Game Boy TX Cart will set you back $23, but you’ll also need to spend at least $14 on a receiver, so this isn’t necessarily the cheapest wireless controller option around. But it’s definitely one of the most… unusual, I guess?

The cart is compatible with Game Boy, Game Boy Color, Game Boy Advance and GameBoy Advance SP consoles, but it’ll stick out from the top of the Advance models. A smaller GBA TX Cart version is on the way, but it’s not available yet.

There are also three different options for wireless receivers:

via Gizmodo and HackADay