While a handful of companies are still making portable audio players, for the most part smartphones have replaced MP3 players these days. But before there were MP3 players, there were portable CD players, MiniDisc players, and the grandparent of them all – the Sony Walkman and similar portable cassette players.

From time to time smartphone accessory makers try to tap into the retro aesthetic by releasing phone cases designed to make your modern multi-purpose device look like a Walkman. But the Pl8ty is a far more functional gadget that combines new technology with a retro design.

It’s basically a Bluetooth speaker that looks like a portable cassette player… but it’s also a power bank and a case – you slide your phone inside it as if it were a tape cassette. 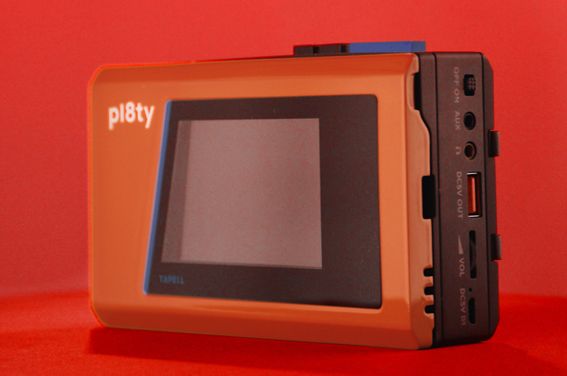 Initially launched during a Kickstarter crowdfunding campaign last year, the Pl8ty is now available for purchase for about $100 through Indiegogo InDemand campaign with an estimated ship date of April, 2021. 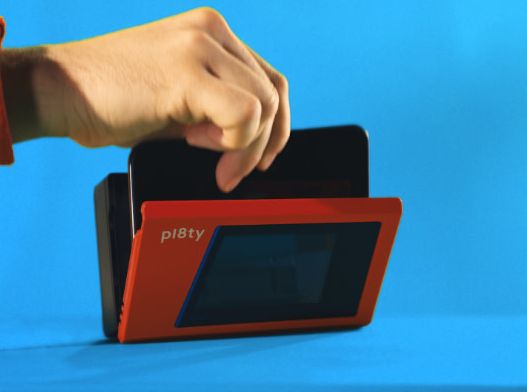 There’s also a 3.5mm headphone jack that you can use for private listening, which could come in handy if you have a phone that may not have a headphone jack. And there’s a 3.5mm input as well, allowing you to run audio from other devices into the speaker. 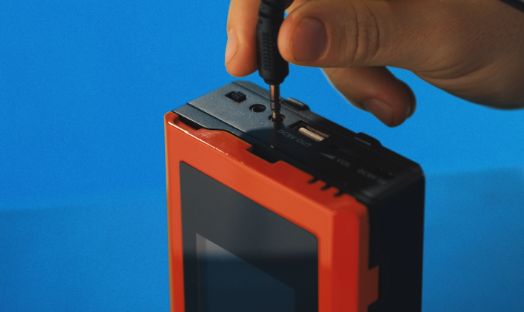 It also has working play, pause, back, and forward buttons as well as a volume dial.

As a power bank, the device has a 3,200 mAh battery and USB-A and USB-C ports that you can use to charge your phone or other gadgets.