A few years ago Retro Games Ltd brought to market a functional miniature replica of the classic Commodore 64 computer. The company followed up a year alter with a full-sized C64 clone.

So what’s next? An Amiga 500 replica. It’s called THEA500 Mini, and it’s basically a scale model of the Amiga’s 34-year-old computer, complete with accessories including a mouse, and gamepad. It also comes with 25 Amiga games pre-installed. 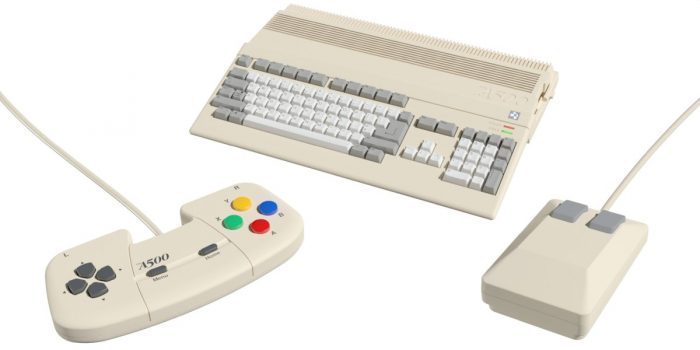 Some of those games are classics, like, Another World, Battle Chess, Simon The Sorcerer, and Worms. Not all of the games have been announced yet, but unlike some retro consoles, THEA500 Mini lets you load your own games.

THEA500 Mini is designed to look like an Amiga 500 computer, but it can emulate the A500, A600, and A1200. It also has some modern features: it’s powered by a USB-C power adapter and the device has an HDMI port and support for 720p displays (as well as a CRT filter and scaling options for games that don’t look right on modern displays without them).

That said, THEA500 may look like a classic Amiga 500 computer, but it’s not one. It’s basically a modern device running emulation software. The keyboard on the device? It doesn’t work. Instead, you can use an on-screen virtual keyboard or plug in a USB keyboard for games or other activities that require typing.