Google Assistant is the service that lets you ask questions, control media, and perform other actions on the Google Home smart speaker or Pixel smartphone. It’s also integrated into Google’s Allo chat app.

So far Assistant has relied on Google technology to do just about anything. But now Google is inviting developers to tap into the platform, allowing you to do things like order an Uber by voice or chat with a virtual chatbot.

Amazon has offered developers access to its Alexa voice assistant for a while, but there’s one thing that makes Google’s developer platform different: users won’t need to install anything to interact with third-party services. 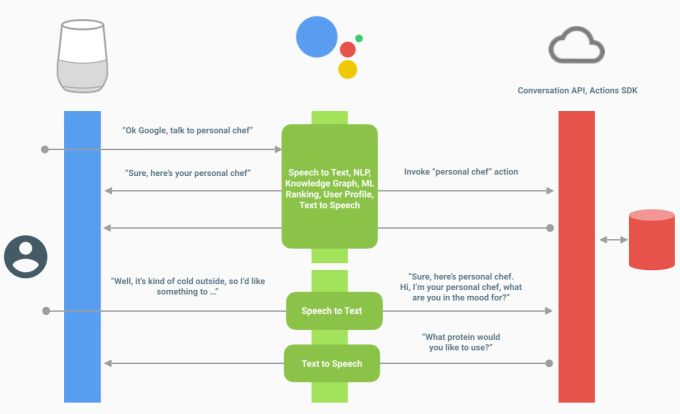 Amazon calls the add-ons to Alexa “skills,” and requires users to install them before they can be used.

Google calls its solution “Actions on Google,” and all you’ll need to do to launch one is tell the Google Assistant what you want to do. When it hears the keyword for the service you want to launch, it’ll load up that action and let you communicate with it directly.

Actions on Google aren’t available to end users just yet, but some developers have already been working on them. Now that Google is inviting all developers to participate, it’s just a matter of time before they start to roll out to the public.

At launch, Actions on Google will be available for Google Home. Eventually the’ll roll out for Pixel phones and the Allo app.