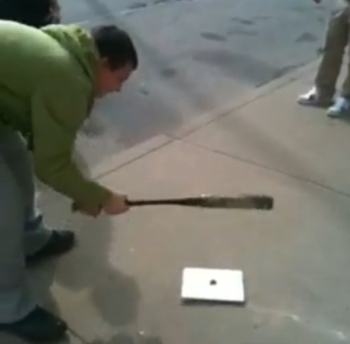 It’s been almost 24 hours since the iPad went on sale. In that time, thousands of people have probably spent time surfing the web, watching videos, installing apps, and doing all those things the Apple iPad was designed for. Here’s a roundup of some other things people have done with the tablet in the first 24 hours:

OK, that last one won’t void your warranty. But it makes for an interesting read if you want to learn more about the iPad’s performance.

Another interesting thing people are discovering is that charging an iPad over a computer USB connection is a little hit or miss. Turns out that it requires more power than an iPod or most USB peripherals — and a typical USB port on most older Macs or PCs just won’t provide enough juice to charge the iPad while it’s turned on. Plugging your iPad into the wall or a newer Mac is probably your best bet. Next up, is putting it to sleep and plugging it into an older USB port — it should still charge, you just might not see any indication that it’s doing so. MacWorld has the details.