This week a crowdfunding campaign wrapped up for a 14 inch portable monitor called Lukos, which has an ultra-wide 3840 x 1100 pixel display sporting a 32:9 aspect ratio. If everything goes according to plan, backers who paid $419 or more should begin receiving their Lukos displays in April.

But when I wrote about the campaign, several folks pointed out in the comments that there are a number of similar displays available from AliExpress, with some Chinese companies selling models for as little as $153. 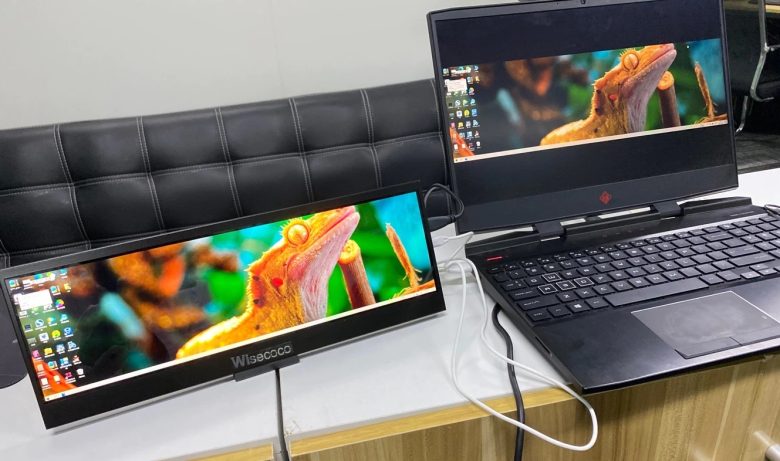 While these displays cost less than a Lukos, they also have a more limited selection of ports – the Lukos display has 6 video inputs and supports using up to four displays simultaneously thanks to a split-screen mode. But for the most part, these cheaper displays appear to have:

Some models are also available with touchscreen support and appear to come with a controller board that enables that functionality. And each model has power buttons plus a dial for adjusting display settings.

They also have power buttons and dials that can be used to adjust display settings.

Or if you’d rather purchase the Lukos display without waiting for crowdfunding to end, one store is selling that for $500. This version features a similar display but it comes in a chunkier case with a carbon fiber finish and features a USB Type-C port, two DisplayPort 1.4 ports, two HDMI 2.0B ports, and an HDMI 1.4 port plus a DisplayPort 1.2 output and 3.5mm headphone jack.

I cannot vouch for the performance or reliability of any of these 14 inch, 3840 x 1100 pixel displays, but it is interesting to see so many emerging at once. One possible explanation? With companies like Asus producing dual-screen laptops that incorporate similarly-sized displays, some Chinese device makers may be looking for ways to repurpose some of the screens rolling out of factories in that country.