Last year a number of Chinese PC makers began offering “Firewall Micro Appliance” systems that are basically fanless mini desktop computers with a bunch of high-speed Ethernet ports, allowing you to build your own router, firewall, or other networking system. But up until recently most of the systems featured low-power, low-performance Intel Celeron or Pentium processors.

Now models with 12th-gen Intel Core U-series chips have arrived with prices starting at around $370 for a barebones model with an Intel Core i3 processor. 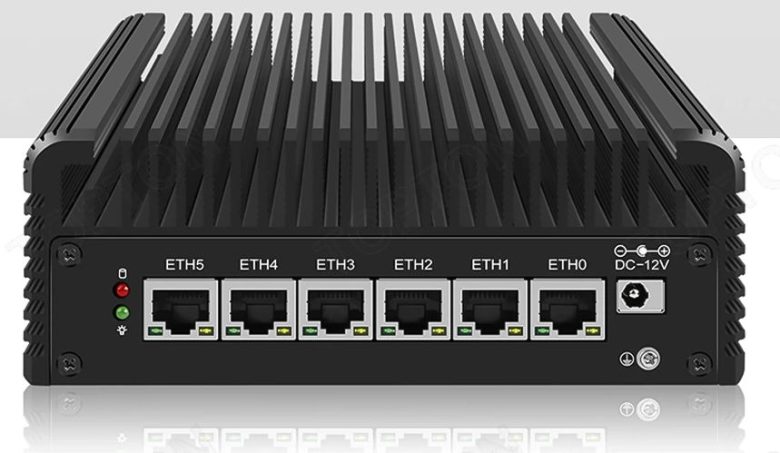 Chinese PC companies Topton and Kingdel are selling identical-looking “Fanless Soft Router” systems through their AliExpress stores, and I wouldn’t be surprised to see more brands offering the same computer in the future.

Available with a choice of 15-watt Intel Core i3-1215U, Core i5-1235U, and Core i7-1265U processors, the little computers should offer the kind of performance you’d expect from a thin and light notebook from 2022.

Two things set these mini PCs apart from most desktops. The first is that they each have 6 Intel i226-V 2.5 GbE Ethernet ports, making them a good fit for networking applications (although you should also be able to run desktop operating systems). There’s also an M.2 2230 slot inside that can be used to add an optional wireless card for WiFi, Bluetooth, and/or cellular connectivity. 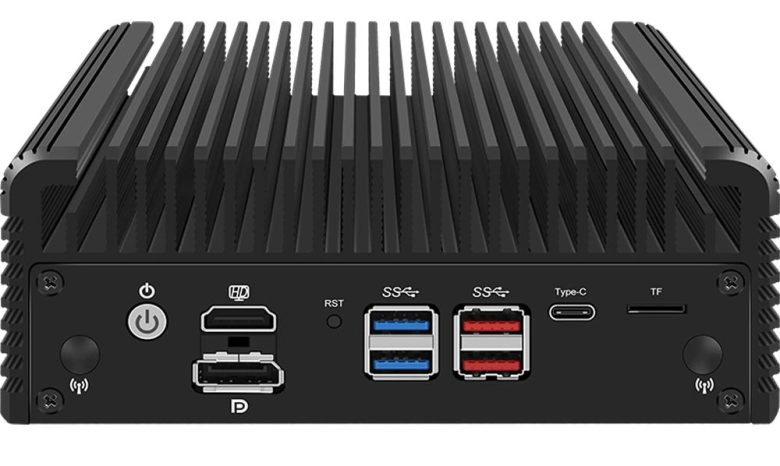 The other is that they’re designed for fanless operation, with an aluminum-alloy chassis featuring fins that help dissipate heat as well as a copper heat sink and two copper heat tubes. But there is also support for an optional fan if you want to boost the cooling performance.

You can configure each model with up to 64GB of dual-channel DDR4-3200 memory and up to 2TB of PCIe 3.0 NVMe storage, but you can also opt for a barebones configuration if you’d prefer to bring your own memory, storage, and operating system. There are two SODIMM slots for memory and an M.2 2280 slot for storage as well as room for a 2.5 inch hard drive or SSD. Just keep in mind that there’s only room for a 2.5 inch drive or a fan, but not both.

Other features include support for up to three displays thanks to DisplayPort 1.4a, HDMI 2.1 and USB Type-C ports, as well as two USB 3.2 Gen 2 Type-A ports, two USB 2.0 Type-A ports, and a microSD card reader.

While I can’t personally vouch for these little computers, a member of the Chiphell forum has posted some hands-on pictures and initial performance notes.