Electronic paper displays are often found in devices like eReaders (or some tablets). But these low-power, high-contrast displays can also be useful for digital signage, price tags, name badges, or other situations where you want to display a static image indefinitely… but be able to change it from time to time.

But you know what you don’t necessarily need in order to do that? A battery.

CNX-Software recently discovered a set of e-Paper displays from Waveshare that have no battery included. Instead, they draw power from your smartphone via NFC when you use a mobile app to change the imagery on the screen. 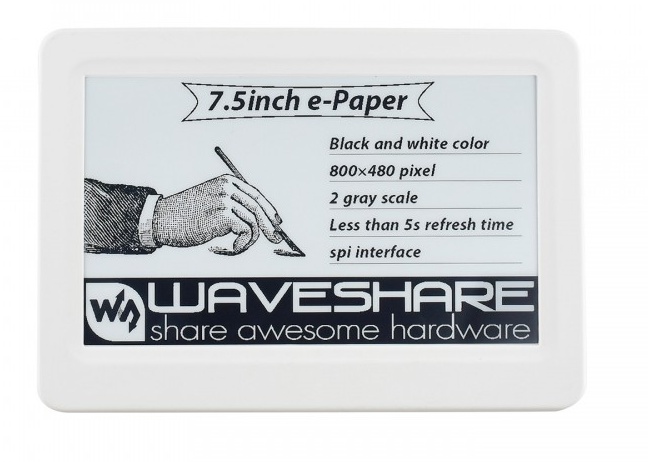 The displays come in four sizes:

Both screens are backlight and battery-free. And they unsurprisingly have a pretty lousy screen refresh rate of 4 seconds.

But these aren’t displays for watching videos or running apps. Instead, when you place an Android phone running Waveshare’s app on the screen you can deliver enough power to send a new image to the screen — which will then be displayed indefinitely without the need for any additional power.

The technology could theoretically be used in museums, stores, warehouses, or any other location where shelf labels need to be changed periodically. But with prices starting at $40, I doubt we’ll see these replace paper at supermarkets or other stores that sell thousands of different items anytime soon.

With prices starting at $40, it’s unlikely we’re going to see these replace the price tags on every item in your corner store anytime soon. But the technology could theoretically be used for those things — or for any number of DIY projects involving digital signage.

Waveshare also sells a $22 NFC development kit with an OLED display, a microSD card reader, and an STM32F103R microcontroller — you can use the board to send images to the display if you’d prefer not to use the smartphone app.

4 replies on “These e-Paper displays are powered by NFC”