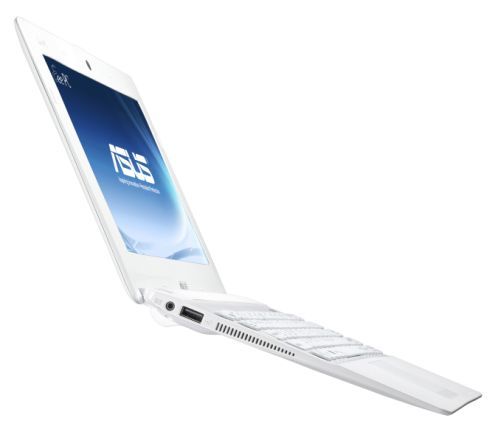 When Asus unveiled the Eee PC X101 this morning there were three remarkable things about the 10 inch netbook. First, it was thinner and lighter than most laptops with 10 inch displays. Second, the netbook will be available with a choice of Windows 7 or MeeGo Linux. And third, the Eee PC X101 will be one of the cheapest netbooks available with a target price of about $200.

But now that more specs are available, it turns out that Asus isn’t just keeping the price low by using open source software instead of paying for a Windows license. The company is also taking a page out of it’s 2008 playbook and offering the MeeGo Linux version of the Eee PC X101 with a small battery and very little storage.

The base model will have an 8GB solid state disk and a 3 cell battery.

If you take the netbook label seriously and plan to spend most of your time surfing the web and running web apps, 8GB might be more than enough. But if you want to install apps to your local storage, carry around music or movies, or store important documents on your mobile device, it may not take very long to fill up the 8GB SSD.

The 2.1 pound weight Asus is promising for the notebook is also only for the base model. The X101 will likely weigh a little more (and be a bit thicker) if you opt for the optional 6 cell battery, and I suspect it will drive the price up as well.

No matter which configuration you get though, the mini-notebook has a 10.1 inch, 1024 x 600 pixel display, support for up to 2GB of RAM, and an Intel Atom processor. There are 2 USB 2.0 ports, a microSD card reader, a headset jack, and a 0.3MP camera. Asus says that netbook has 802.11n WiFi and Bluetooth, but I wouldn’t be surprised if Bluetooth is just an option… which probably drives up the price of the $200 netbook.

It’s still pretty impressive that Asus is launching a mini-laptop with a starting price of under $200. That’s something the company promised to do 4 years ago and never quite managed to pull off. But it turns out that tomorrow’s $200 Asus netbook looks a lot like the company’s $400 models of yesteryear with 8GB of storage, Linux-based operating system, and an Intel Atom processor.