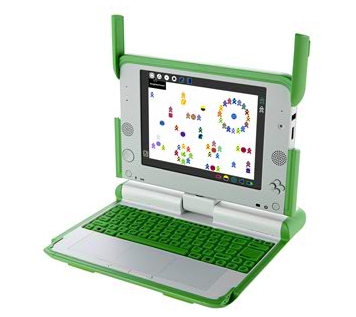 It’s easy to forget, what with tens of millions of low price, low power netbooks shipping over the last few years, but it’s likely that netbooks would never have hit the market if it weren’t for the OLPC XO Laptop. Nicholas Negroponte’s vision for a $100 laptop aimed at students in developing nations has turned into more of a $200ish laptop which can cost as much as $490 per student to actually deploy. But the non-profit OLPC Foundation showed that you could make a usable laptop with long battery life and durable components without breaking the bank.

And then Asus, HP, MSI, Dell, Samsung, and others took the idea and ran with it, cranking out consumer-focused cheap and portable laptops. HP and Dell have also made an effort to get their netbooks into the hands of students, as have a number of smaller players working with Intel’s Classmate PC reference designs.

So where does that leave the XO Laptop? How many have actually made it into the hands of students? The Digital Reader reports that the precise figure is hard to nail down, but members of the Sugar OS development community (the operating system that runs on the XO) have a pretty good guess: around 1.8 million.

While that’s just a drop in the bucket of the total laptop computer market, it’s important to realize that the XO was never aimed at consumers with easy access to computers and the disposable income to spend on them. Those 1.8 million computers have found their way to students and teachers in developing nations. Many are used in places with little access to electricity, which is why the sunlight readable displays and long lasting batteries are important.

OLPC’s laptops have also led the way in dust resistant casing. And the foundation tries to make the laptops as easy to repair as possible, because replacement laptops (and parts) might not be that easy to come by in the locales where the laptops are in use.

Sometimes I wish more of the XO Laptop’s features had found their way into the design of commercial netbooks.

One reply on “There may be around 1.8 million XO laptops in the wild”