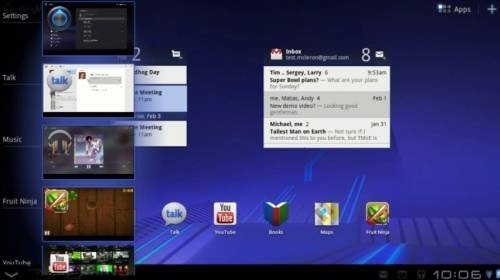 Android smartphones are outselling iPhones these days (although no single Android phone is selling better than the iPhone). But when it comes to tablets, the Apple iPad is still the undisputed champ. More iPads have been sold than all the tablets running Android Honeycomb software put together.

But the numbers aren’t as bad as some may have thought. Last week a number of sites picked up an estimate from developer Al Sutton that there might be about 3.4 million Android tablets in consumers hands, based on figures supplied by Google about the percentage of devices running different versions of Android.

But Google’s Android boss Andy Rubin says the actual figure is about 6 million.

In other words, if you add up all the tablets from Acer, Asus, Dell, Lenovo, Samsung, and Toshiba you get about 6 million Honeycomb tablets in the wild.

On the one hand, Honeycomb tablets have only been on the market for about 8 months. On the other hand, Apple sold 25 million iPad and iPad 2 tablets in the tablets’ first 14 months.

It’s too early to call Android tablets a flop. Over the last year or so I’ve heard a lot of people say “there’s no tablet market, there’s only an iPad market” as if it were a universal truth. 6 million people seem to think otherwise, and that’s not nothing. But it should be interesting to see how long device makers are willing to continue carving up pieces of the relatively small Android tablet pie.

Last night Google introduced a new version of the operating system called Ice Cream Sandwich. It’s designed to be equally at home on phones and tablets, providing a more consistent user experience for people that use Android phones and tablets. Perhaps that will help give Android tablets a bit of a push.