Valve began taking pre-orders for the Steam Deck in July, 2021. But the company didn’t begin shipping the handheld game console to customers until February, 2022. And for much of this year, there’s been a wait list. If you placed an order for a Steam Deck, you’d have to wait months for it to arrive.

Not anymore. Valve says you no longer need to place a reservation. Want a Steam Deck delivered right away? Just place an order for one for $399 and up. 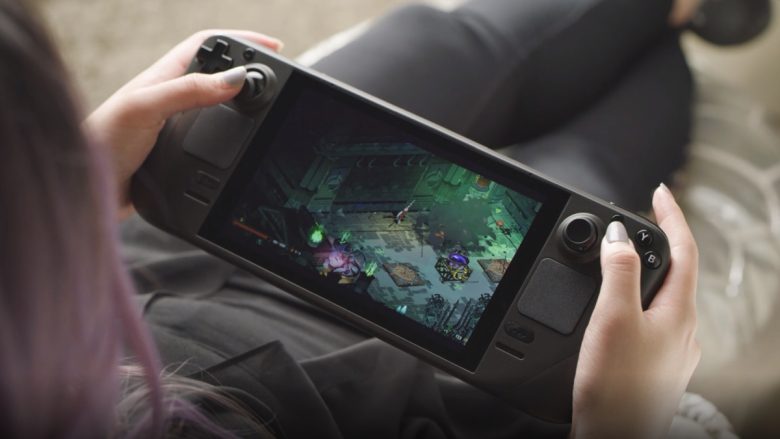 The Steam Deck is a handheld computer with a  7 inch touchscreen display surrounded by game controllers including action buttons, a D-Pad, analog sticks, and shoulder triggers. There are also customizable buttons on the back of the device and dual trackpads on the front, designed to make it easier to interact with games designed for keyboard and mouse input.

Powered by a custom AMD “Aerith” processor featuring four Zen 2 CPU cores and 8 RDNA 2 compute units, the Steam Deck was the most powerful device of its type when it began shipping earlier this year, although other handhelds have begun to catch up thanks to higher-performance chips like AMD’s Ryzen 7 6800U processor.

But the Steam Deck is still hard to beat when it comes to its price/performance ratio. A top-of-the-line model with a 512GB SSD and an anti-glare display costs just $649, and an entry-level model with 64GB of eMMC storage is just $399. Now that Valve has done away with the wait list, the Steam Deck looks like the entry-level handheld gaming PC to beat.

That said, it’s worth keeping in mind that the Steam Deck ships with the Linux-based Steam OS rather than Windows. While many popular PC games can run on Steam OS, you may find that Windows brings better compatibility. You can install Windows on a Stream Deck, but you’ll need to supply your own Windows license, which could drive up the cost of ownership.

Here’s an overview of key specs for the Steam Deck:

✨ Yes, it’s true: Starting today Steam Deck is available without a reservation! Order one now, and we’ll ship it to you now. Look at all these Steam Decks rolling off the factory line. It’s a beautiful thing. https://t.co/uVdBCpJVuX pic.twitter.com/lYe5kv9OUn