Readers of a certain age probably amassed a significant collection of CDs, DVDs, and maybe even Blu-ray discs in the days before digital downloads largely took over (and vinyl made a somewhat comeback).

These days you don’t see a lot of CD or DVD players at electronics stores. And it’s becoming more and more rare to find laptops that still have optical disc drives. Some small desktop seven omit them.

So what’s next? Game consoles, apparently.

The Nintendo Switch already lacks one. Now rumor has it that Microsoft is working on a version of its Xbox One game console that doesn’t have a disc drive. 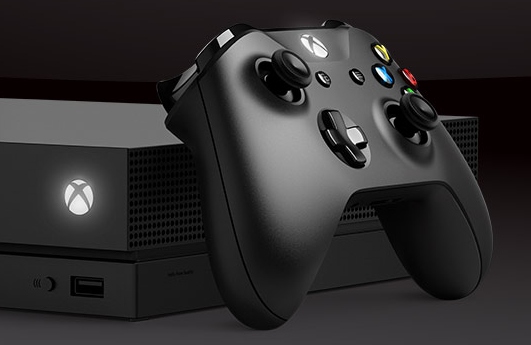 According to a report from Thurott.com, Microsoft’s next-gen game console isn’t set to ship until 2020. But sometime in 2019 the company will introduce a new, cheaper version of its current-gen Xbox One.

The main difference is that the new model won’t have a disc drive. Users will be able to download games, but not load them from a disc.

If you’ve already got a collection of games on disc that you want to play, Microsoft will let you trade in your physical media for downloadable versions.

The upsides is that the new version could sell for as little as $200 (which would be about $100 below the usual list price for a Xbox One S — although right now you can pick one up for as little as $299 during a Black Friday promotion).

The down side is that I have to wonder what will happen if and when Microsoft decides to stop supporting the Xbox One some number of years from now.

Nintendo recently announced it would be pulling the plug on its last online services for the Nintendo Wii game console. That means you won’t be able to download Virtual Console games anymore or stream online videos. But if you have discs for games you’ve purchased you can continue playing them until your Wii dies on you.

What happens if Microsoft decides to shut down its download servers for Xbox One games five or ten years from now? Avid gamers will probably have moved onto next-gen consoles, but casual gamers or fans of older titles may still want to fire up their old console from time to time — and I wonder how they’ll be able to load any titles that aren’t already saved to local storage.

It’s not so much the optical disc drive that I’m going to miss when it’s eventually put out to pasture in all arenas. It’s the idea that you could buy digital content that came tied to physical media making it easy to re-play old games at any time, watch old movies whenever you want, or listen to any song you’ve already paid for without paying for a subscription — as long as your disc doesn’t scratch.