As expected, Asus is getting into the gaming smartphone business with the introduction of the ROG Phone.

Among other things, the phone features an overclocked Qualcomm Snapdragon 845 processor, a vapor cooling system, a set of programmable “ultrasonic AirTrigger” buttons, and a docking port (basically two USB Type-C ports) on the side that lets you connect the phone to desktop and handheld gaming accessories. 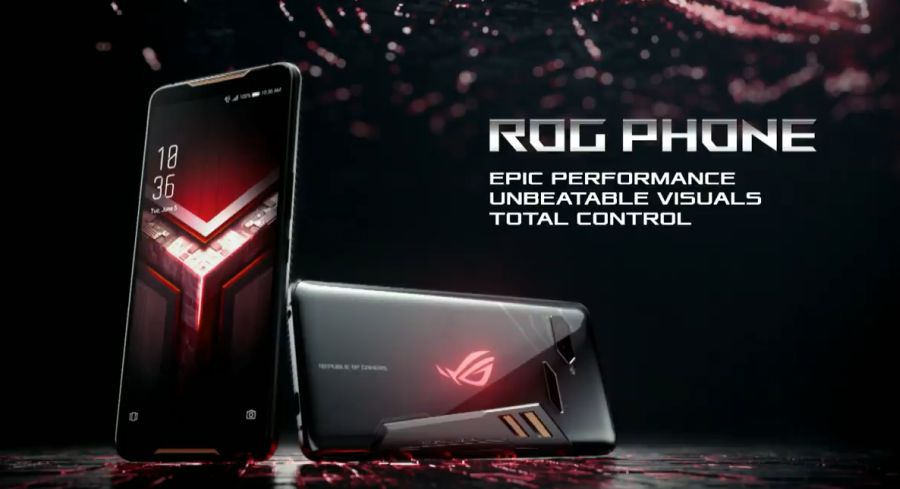 The Asus ROG Phone also features an 6 inch, 2160 x 1080 pixel AMOLED display with HDR support (thanks to a dedicated image processor), a 90 Hz refresh rate, and a 1ms response time.

While rival Razer was the first company to release a gaming-centric phone with a 120 Hz refresh rate, the Razer Phone has an IGZO LCD display. The ROG Phone has the highest refresh rate of any smartphone with an AMOLED display.

Asus shared some preliminary benchmark results at today’s ROG event ahead of Computex, and while it’s usually a good idea to take those with a grain of salt, the company says it outperforms the competition in gaming and performance benchmarks.

In order to keep the phone from overheating, it has what Asus says is the first “3D vapor-chamber cooling system” in a smartphone, and it has a detachable “AeroActive Cooler” for additional cooling power.

The company says that helps keep performance from dipping as the phone gets hot. Among other things, Asus says you can run the same benchmark over and over and get consistent results, while some other phones will see the results dip with each successive run unless you take some time to let the phone cool off.

On the software side, there’s an X Mode option that frees up RAM, keeps apps from hogging it in the background while you’re gaming, and blocks notifications. 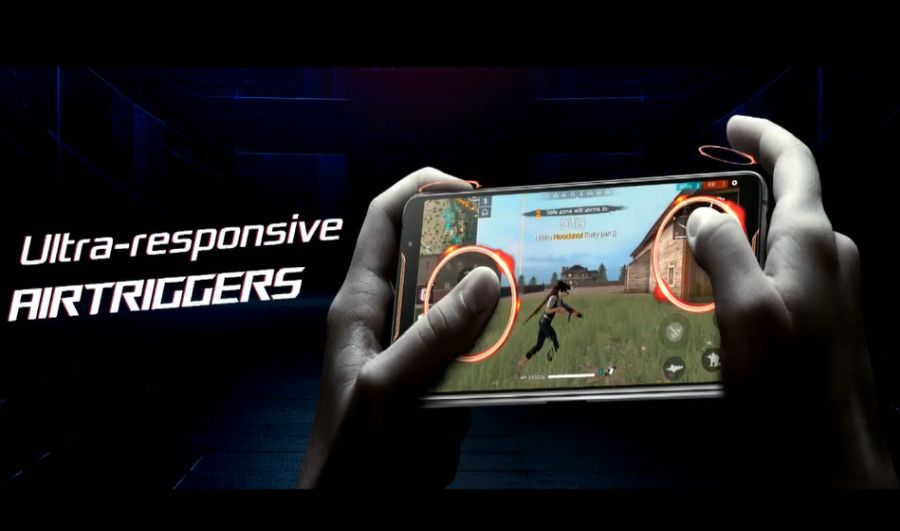 The phone is also designed to work with a range of accessories including gaming headsets, game controllers, and docking stations.

For example there’s a Gamevice controller with a WiGig dock that lets you stream games to a large screen while controlling the action using game controller buttons that attach to the sides of the phone.

There’s also a mobile desktop dock that lets you use your phone with a mouse, keyboard, and monitor as if it were a gaming PC. And Asus is introducing a TwinView dock that turns the phone into a dual-screen handheld gaming device so you can view a game on one screen and a chat window (or anything else) on the other.

Asus says the TwinView dock could be used for live streaming, watching videos while you play, or even playing two games at once. The accessory also has a built-in battery so that the second screen doesn’t slash your battery life in half.

When you use the AeroActive cooling module, you also get an extra USB Type-C port and headphone jack facing downward. The idea is to make it more comfortable to use a phone for gaming in landscape mode by giving you ports in a spot that your hands aren’t likely to cover when you’re holding the phone. That way power and headphone cables won’t get in your way when you’re using the ROG Phone.

Other features include stereso front-facing speakers, dual rear cameras (12MP + 8MP), an 8MP front-facing camera, and a fingerprint reader on the back.

Oh, and it wouldn’t be a gaming device if it didn’t have customizable RGB lighting somewhere on its body. In this case, the logo on the back of the phone lights up and supports the ROG Aura Sync platform, allowing you to choose lighting effects, solid colors, and adjust the brightness. It’s completely unnecessary, but kind of cool.

Pricing and availability information will be available closer to launch.