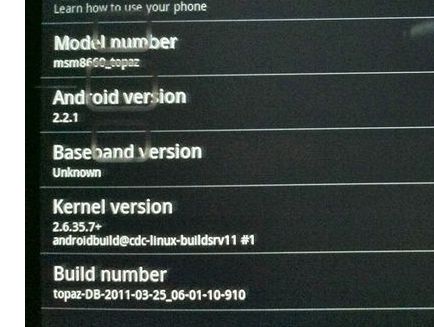 While independent developers are hard at work trying to figure out how to get Google Android to run on HP’s recently discontinued TouchPad tablet, one guy has been claiming to have a model that shipped with Android preloaded. His colleague brought attention to the device (which may be some sort of prototype that was accidentally sold at retail), and has been working with folks at reddit and elsewhere to try to get the tablet into the hands of a developer who can figure out how it works and make sure that eventually anyone can install Android on the tablet.

Now he’s put the tablet up for sale on eBay. Bidding is over $700 as of 10:00AM Eastern on August 25th. Odds are the bidders either really want to be among the first to get their hands on an Android TouchPad, or they’re hoping for a piece of the $2000 prize for successfully porting Android to the TouchPad.

But it looks like before putting the tablet up for sale on eBay,  someone else who also got a TouchPad with Android preloaded performed a system dump and shared the software with the folks at rotzwiki.

There’s currently no easy way to use the system dump data to install the software on an HP TouchPad — but anyone can now dig through the available code to try to figure out how it works and the process or creating and installable version of Android just got a whole lot easier.