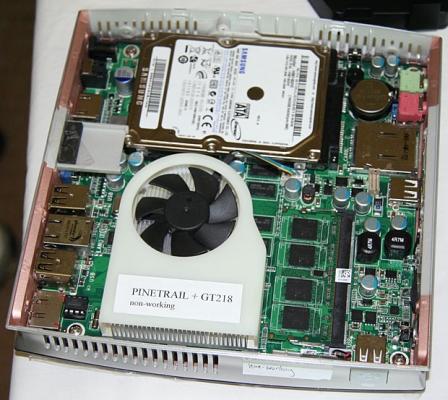 Over the past month or so we’ve seen a number of PC makers introduce new netbooks with Intel’s latest Atom N450 Pine Trail processors. But what about the desktop equivalents? Asus, MSI, ASRock, Zotac, Shuttle, and a number of other nettop makers are still selling mini-desktop PCs with Intel Atom 230 and 330 processors which are starting to look a little dated.

But according to Sascha at Netbook News.de, we should start seeing new nettops from major PC makers soon. Sascha spends a fair bit of his time talking to the Taiwanese companies that make these products, and he thinks he knows what they’re all waiting for: NVIDIA ION 2.

While NVIDIA pushed its Tegra 2 platform pretty hard at CES in January, the company hasn’t really been talking about ION 2 yet. And that’s largely because PC makers wanted to give existing ION netbooks and nettops a little more time on the market before bringing out something new. But NVIDIA is widely expected to introduce its next generation ION platform at CeBIT in March, and that could open the floodgates.

Until we have more details about ION 2, it’s a bit too early to say how the new nettops will perform in terms of graphics capability, overall performance, and energy consumption. But if you’re looking for something with a little more oomph it might be worth waiting a few months. On the other hand, there are plenty of nettops available today for under $400 that would make excellent home theater PCs or inexpensive gaming machines.