Apple’s new MacBook Pro with Retina Display has a remarkable 15 inch,  2880 x 1800 pixel display. It has 4 times as many pixels as the standard MacBook Pro, which is kind of awesome… until you start running apps that weren’t designed for the new screen.

The Verge took a number of apps for a spin on the new MacBook Pro, and while apps that are designed for the Retina display look great, other apps look… less great. 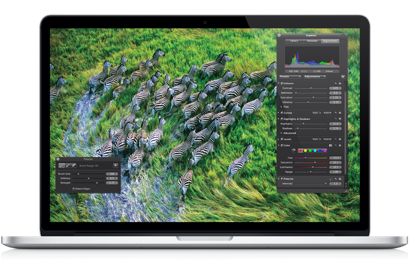 All of Apple’s core OS X apps have been updated to take advantage of the new screen resolution, as have some third party apps including Adobe Photoshop. But Google Chrome, Amazon Kindle, and Steam haven’t — and The Verge reports that images and graphics look fuzzy in those apps.

Eventually most big name apps for Mac will probably be updated to play well with higher resolution displays.

But what about older apps that have been abandoned by their developers? If you’re still using an older app that’s no longer under development, odds are it won’t ever be optimized for the new display.

This probably won’t be a Mac-only problem for long. Chip-maker Intel expects laptop, desktop, and tablet computers with high resolution displays to hit the streets in the coming year, and many of them will probably run Microsoft’s Windows 8 operating system.

Windows 8 is designed to support displays with high pixel densities, such as 10.1 inch tablets or notebooks with 2560 x 1440 pixel screens. And developers who write apps for the new operating system will likely take advantage of those features. 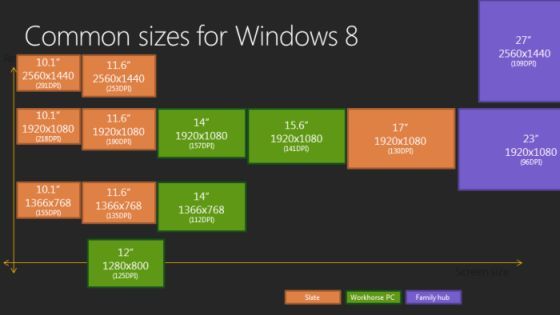 But apps designed for Windows 7 and earlier will likely look awful on high resolution displays unless they’re updated for Windows 8 — and given how long Windows has been around, I wouldn’t be surprised if there are tens of thousands of apps that are still useful, but no longer under active development.

2 replies on “The perils of high resolution: Older apps look fuzzy on the new MacBook Pro”