Most of the recent Nokia-branded phones available in the United States are sold as carrier unlocked devices that you can use with any supported wireless network.

But the Nokia 8 V 5G is a Verizon exclusive which will be available starting November 12 for $700. While carrier exclusivity isn’t really a plus in my book, it’s noteworthy in this case for a few reasons.

First, it marks the first time in years that a US carrier is selling a premium Nokia phone. And second, it’ll be the first Nokia-branded device from HMD to support Verizon’s mmWave 5G network. 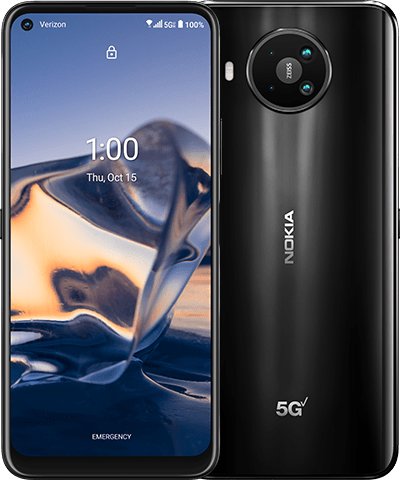 That said, if the phone looks familiar, that’s because it’s nearly identical to the Nokia 8.3 5G that launched earlier this year, and which has been available in the United States since September. The only differences are that the new model has an even less catchy name, and that the Nokia 8.3 5G lacks mmWave support and only works with sub-6GHz 5G networks. In other words, it’s not designed for use with Verizon’s 5G network.

The Nokia 8 V 5G UW will be be available with 6GB RAM and 64GB of storage or 8GB of RAM and 128GB of storage. And unlike most phones in this price range, it will have a headphone jack as well as a USB-C port.

It also supports WiFi 5, Bluetooth 5.0, NFC, FM radio, 9V/2A charging, and the phone has a fingerprint reader embedded in the power button. 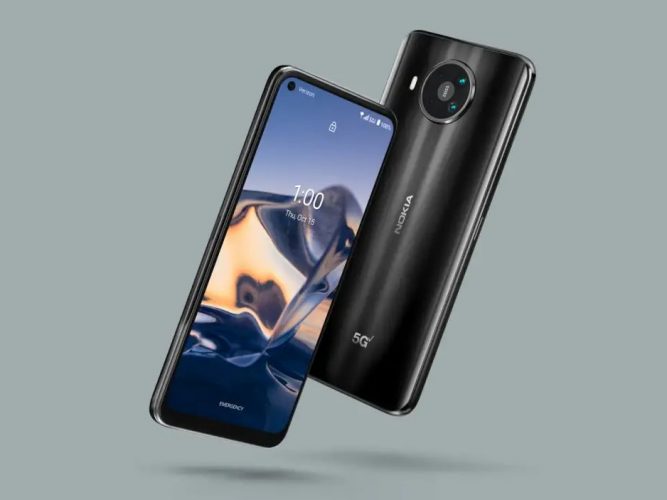