Microsoft has announced the the next big update to Windows 10 will be released on Monday, April 30th.

The update, formerly known by the code-name “Redstone 4,” will bring a number of new features including Timeline, improved voice dictation support, and improvements to the Edge web browser.

In keeping with its habit of giving new releases creative and flashy names, this one will be called… the Windows 10 April 2018 Update. 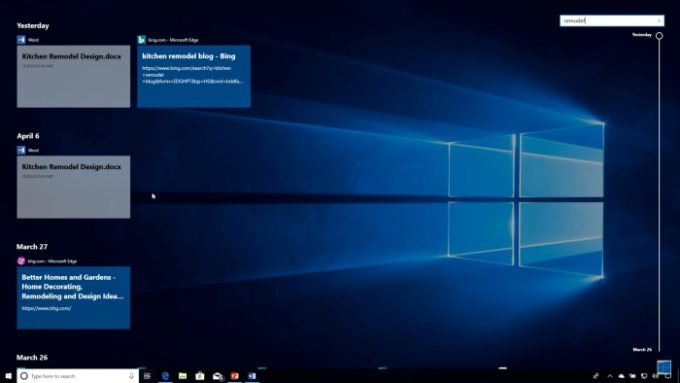 The new Timeline feature is basically a system-wide history tool that lets you find items you’ve been working on within the last 30 days. You can see thumbnails for websites, documents, and other data. And if you use Office or Edge on a mobile device including iOS and Android phones or tablets, you can use Timeline to start a document or visit a website on your phone and easily find it on your PC. 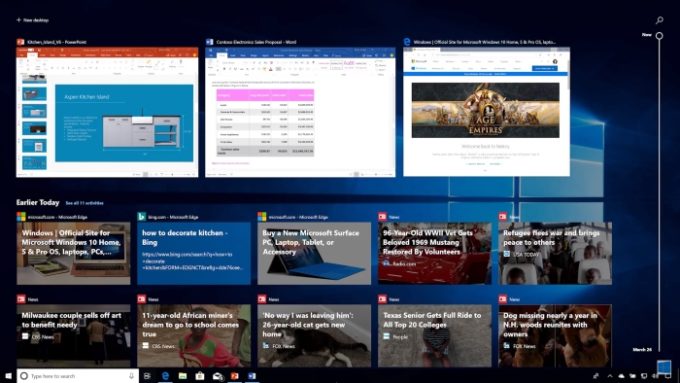 Another new feature is called Focus Assist, which mutes notifications and other distractions while you’re working. You can either turn it on and off automatically or set specific times when you don’t want to be disturbed. After you’re done you can see what you missed by scanning through a summary of email, social media, or call notifications. 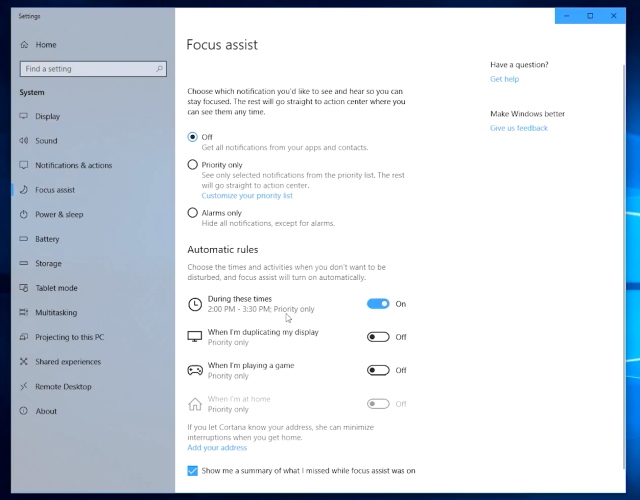 Speaking of distraction-free environments, Microsoft already lets you use its Edge web browser to read eBooks and PDFs. Now you can do that in a full-screen view that’s also available for Reading View pages.

Edge also now supports autofill payment information for web forms, helping you enter your details more quickly for internet retail sites you regularly shop at. And you can now mute and unmute tabs that are playing audio. That’s a feature that’s been available in other browsers for years, but it’s nice to see Microsoft playing catch-up on that front.

Voice Dictation can now be launched by hitting Win+H on your keyboard start entering text in any text field by talking instead of typing. You do need to enable dictation in Windows 10’s speech settings menu first, but it’s now easier to access native voice dictation than in any earlier version of Windows.