This time the focus is on the CPU, with the new Razer Blade 15 Advanced model supporting up to an Intel Core i9-11900H Tiger Lake-H processor, NVIDIA GeForce RTX 3080 graphics, and a choice of display panels.

Razer has also made a few other changes. The new model has a 1080p webcam (up from 720p), and an anti-fingerprint coating. And the starting models are thinner, measuring just 15.8mm (0.62 inches) thick).

The new Razer Blade 15 Advanced is available for pre-order from Razer for $2300 and up. 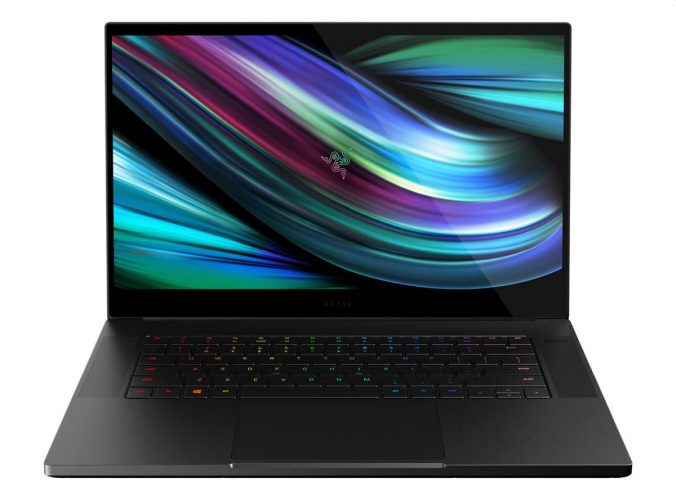 But the notebook is also available with RTX 3070 and RTX 3080 graphics, up to 32GB of RAM, and three display options:

It’s worth noting that models with NVIDIA RTX 3070 or higher graphics are a little thicker, at 17mm (0.67 inches), but all models have the same starting weight of 4.4 pounds, and the slightly larger, more powerful versions also have room under the hood for a second PCIe NVMe SSD.

Razer also continues to sell Razer Blade 15 Base configurations for $1700 and up, but the company hasn’t updated the processors for those models yet, so they still ship with 10th-gen Intel Comet Lake-H processors.

via The Verge and TechPowerUp

3 replies on “The new Razer Blade 15 Advanced laptop is thinner, faster, and has a better webcam”