Barnes & Noble’s NOOK line of devices is alive and well… kind of. The last time the bookseller launched a new NOOK eReader with an E Ink display was in 2019, but today B&N and Lenovo have announced a new Nook 10 HD Tablet that will hit stores in April for $130. 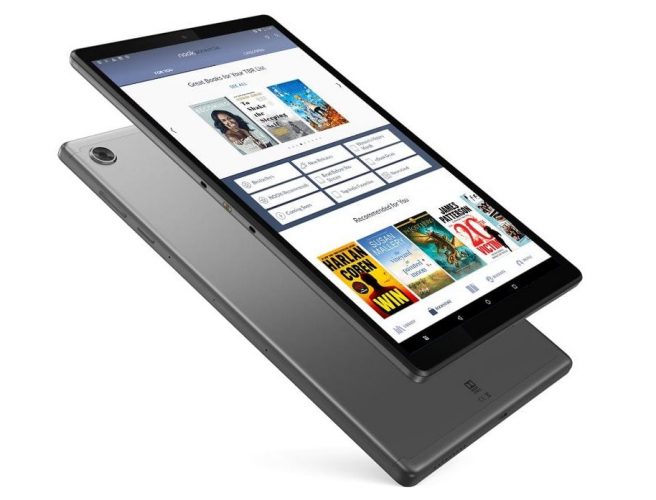 Made by Lenovo, the tablet is powered by Google Android and comes with the Google Play Store pre-installed, which means you can run most Android apps (even the Amazon Kindle app) on the NOOK 10 HD. But it features a custom launcher meant to emphasize B&N’s NOOK app, digital book store, and other features.

According to Lenovo, the tablet’s specs include:

While detailed specs (like the specific processor, screen resolution, or RAM) aren’t yet available, we do know that the NOOK 10 HD weighs 420 grams (about 0.9 pounds) and has an 85-percent screen-to-body ratio.

The NOOK 10 HD looks like it could be well positioned to take on Amazon’s Fire HD 10. The new tablet has a starting price that’s $20 cheaper than Amazon’s tablet, doesn’t require paying an additional fee for an ad-free lock screen, and doesn’t require jumping through hoops to install the Google Play Store.