The Acer Chromebook Spin 714 (CP714-1WN) is a premium convertible notebook with the sort of specs you’d normally associate with a Windows PC.

It supports up to an Intel Core i7-1260P processor, up to a 14 inch, 2560 x 1600 pixel display, up to 16GB of RAM, and up to 512GB of solid state storage. It’s also more expensive than most Chromebooks though: prices are expected to start at $750 when the new Chromebook Spin 714 goes on sale in North America in August. 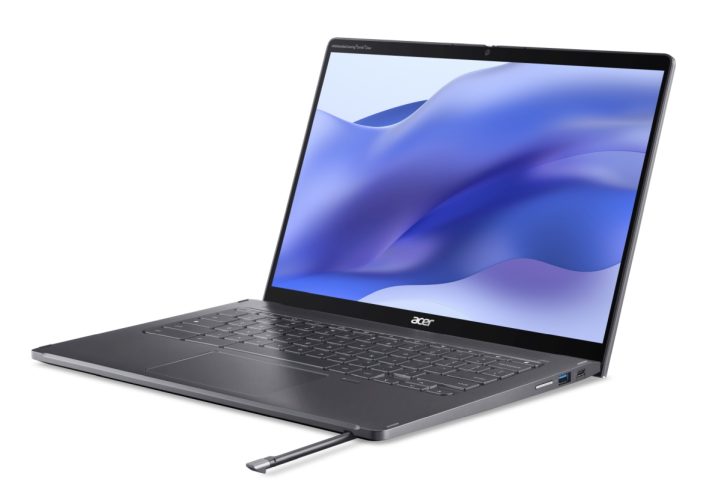 Entry-level models will have slightly less exciting specs. Expect a 1920 x 1200 pixel display and a less powerful processor, for example. But all models are expected to feature a 360-degree hinge, an aluminum chassis, a dockable, pressure-sensitive Acer Active Stylus, support for WiFi 6E and Bluetooth 5.2, stereo upward-facing speakers with DTS audio, dual microphones, and a backlit keyboard.

Meanwhile, if you’re looking for something a little more affordable, Acer will also launch the previously-announced Chromebook Spin 514 for the North American market in the third quarter of 2022.

That model is expected to sell for $600 and up and features AMD Ryzen 5000C processor options, up to 8GB of RAM, and up to 128GB of storage.