Google’s Android One initiative is an effort to partner with phone makers to deliver low-cost smartphones in emerging markets while offering a high-quality experience. Google pre-approves a list of materials and the phone makers sell the devices under their own brand names, but all the software updates come straight from Google.

So far most Android One phones have been priced at around $100 and they’ve featured entry-level specs including 854 x 480 pixel displays, 1GB of RAM, and 4GB of storage.

Now there’s a new Android One phone that has significantly better specs… and a much higher price tag. It’s headed to Turkey this week. 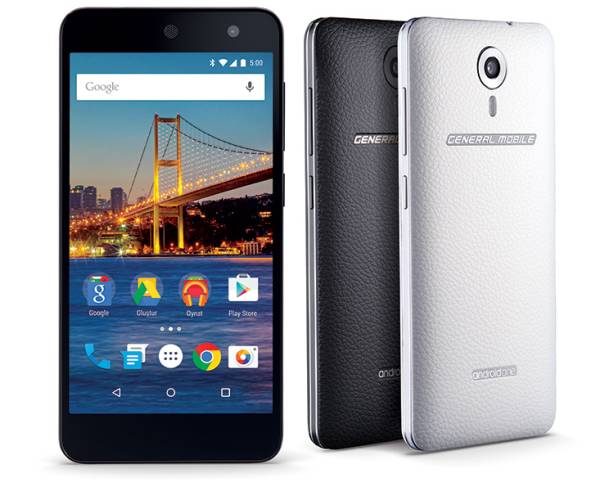 The General Mobile 4G is a phone with a 5 inch, HD display with Gorilla Glass 4, 2GB of RAM, and 16GB of storage. It has a Qualcomm Snapdragon 410 processor, a 13MP rear camera with LED flash, and a 5MP front-facing camera. It will ship with Android 5.1.1.

The phone will be the first Android One phone to launch in Turkey when it goes on sale May 15th for about $260.

While that’s more expensive than other Android One phones, it’s worth noting that Turkey has a more affluent population than some of the other markets where Android One phones have been launched, such as India, Indonesia, and the Philippines.

That might help explain why the General Mobile 4G has specs that seem more like those you’d expect from a mid-range device like the Motorola Moto G than to budget phones like the Spice Dream Uno or Karbon Sparkle V.