The Framework Laptop is a notebook computer with a 13.5 inch, 2256 x 1504 pixel display, an 11th-gen Intel Tiger Lake-U processer with Iris Xe graphics and a selling point that truly sets it apart from most other laptops on the market: it’s designed to be repairable and upgradeable thanks to a modular design.

Not only can you upgrade the memory and storage, but even the ports can be customized thanks to a modular expansion card system. You can swap keyboards to switch languages and layouts. The display bezels can be replaced to change the colors. And even the motherboard can be replaced.

Despite its modular design, the Framework Laptop features a compact design, measuring 15.85mm (0.62 inches) thick and weighing 1.3kg (2.87 pounds). First announced earlier this year, the Framework Laptop is now available for pre-order for $999 and up (or even less if you want to bring your own memory, storage, wireless card, and operating system). 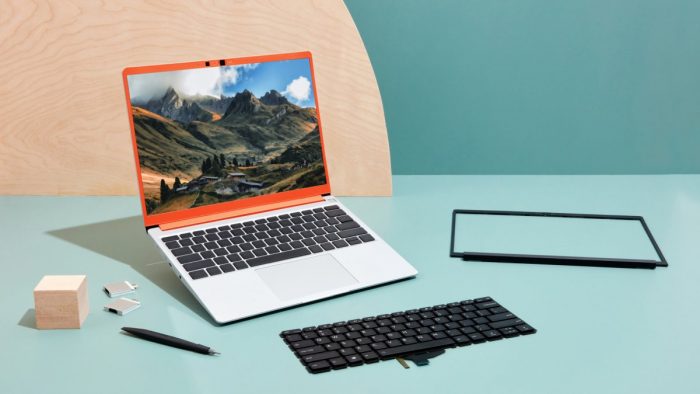 The makers of the laptop say it’ll begin shipping to customers in the summer of 2021, and folks who pre-order now will only have to put down a $100 deposit, which is fully refundable. The rest of the balance will be charged when the notebook is ready to ship.

Once upon a time it was easy to find laptops with replaceable batteries, but that’s rare these days. And it’s increasingly difficult to find thin and light notebooks with user-accessible, upgradeable memory and storage (often you get one or the other rather than both).

But customizable ports and replaceable mainboards are virtually unheard of. 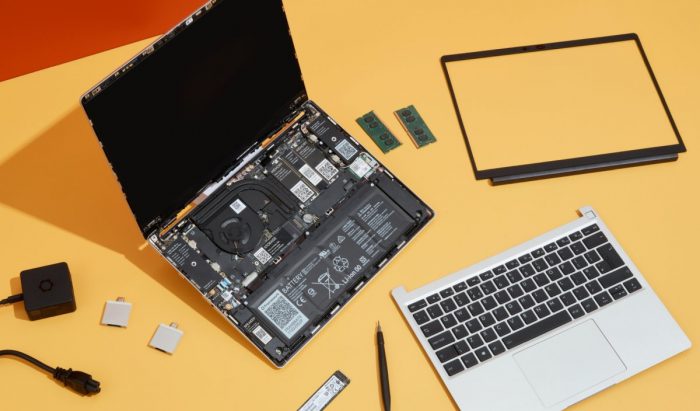 Since the mainboard on the Framework Laptop is designed to be removed and replaced though, customers could theoretically buy a notebook with a Core i5 processor and swap it out for a more powerful board with a Core i7 chip in the future.

If the company sticks around long enough, that could mean you’ll be able to upgrade from an 11th-genIntel Core processor to a 12th-gen or later chip, or maybe even a board with an AMD or ARM-based processor… although there are no guarantees that those options will ever be available from this startup, so for now it’s probably best to proceed under the assumption that the currently-available options are the only options. 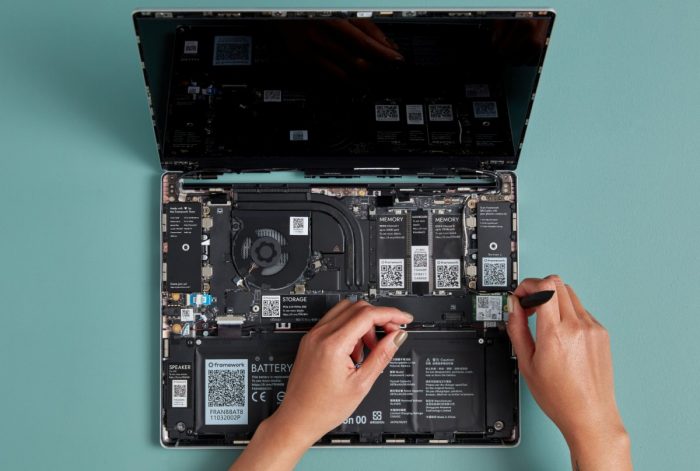 Framework says the only tool you need to open up the laptop and remove or replace components is a screwdriver, and one is even included in the box. There are also instructions for each module you can install, with instructions accessible by scanning a QR code on the module itself.

Here are the four pricing/configuration options available at launch:

Each version has a metal body made from 50-percent post-consumer recycled aluminum, a 1080p webcam with a hardware kill switch for privacy, and a 55 Wh battery.

7 replies on “The modular, upgradeable Framework Laptop is available for pre-order for $999 and up”