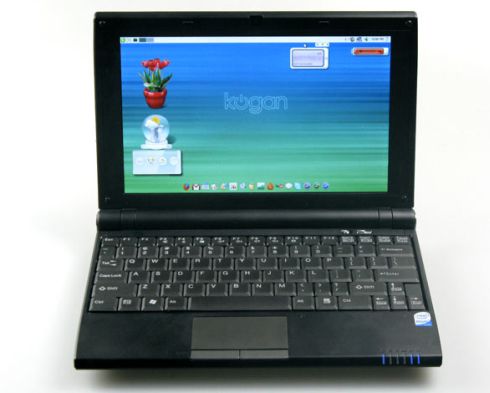 Australian entrepreneur Ruslan Kogan promised a few weeks ago that his company would come out with a netbook based on user-suggested specifications in short order. And it looks like he was right. He stopped by PC Authority recently with a demo unit of the Kogan Agora netbook running the gOS Linux operating system and another running a beta version of Windows 7.

If you’re wondering how Kogan was able to put this thing together so quickly, here’s the secret: He didn’t build the thing himself. He worked with manufacturers (probably in Taiwan) building similar netbooks for other companies. As Netbook 3G‘s Jeff Blagnac points out, this machine looks a lot like the Sotec DC101 or Olevia X10A. But neither of those computers comes with the gOS operating system, so this is clearly a custom job.