The Nintendo Wii introduced a whole new way to play console games when it launched in 2006. At a time when Sony and Microsoft were releasing big, power-hungry devices with high-performance graphics, Nintendo went a different direction and launched a small box that came with a motion controller that allowed you to interact with games by waving your hands around.

Still, while the Wii was relatively small for a game console, it wasn’t exactly portable. There’s no built-in screen or battery. It’s meant to be used plugged in.

That hasn’t stopped hackers from taking apart the Wii and trying to put it back together in portable cases. But the KillMii project may be one of the most ambitious (and arguably useless) projects of its type: this is what it looks like when you stuff Wii guts into an Altoids tin. 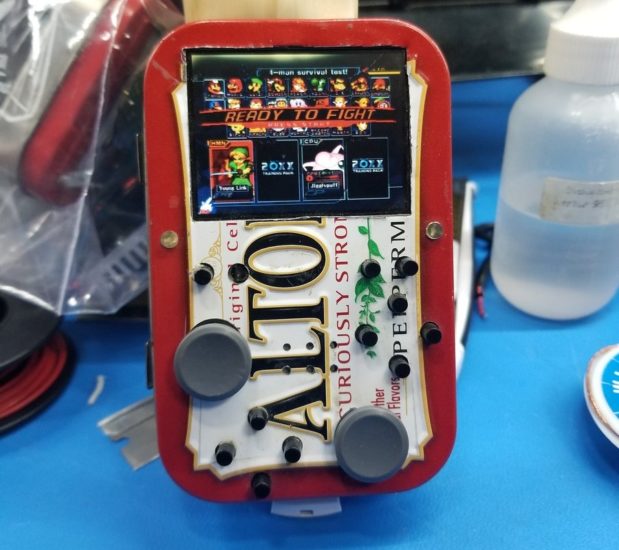 The developer, who goes by the name Shank online, has been working on the project off and on for about a year and a half and finally finished it a few days ago.

Shank says the KillMi is “fully functional,” uses actual Wii hardware and software (not an emulator), and is “the worst thing ever” because:

While there is emulation software that allows you to play Wii games on non-Wii hardware, it typically runs best on fairly powerful hardware. Using real Wii components means that you won’t experience any graphics glitches while using a hacked Wii-to-portable device like the KillMii.

It’s just that this particular modification results in a device that’s impractically small: there’s not enough room for a decent battery or cooling system, comfortable controllers, or a decent screen.

Update: Here’s a video demo of the KillMii in action:

via Boing Boing and MetaFilter