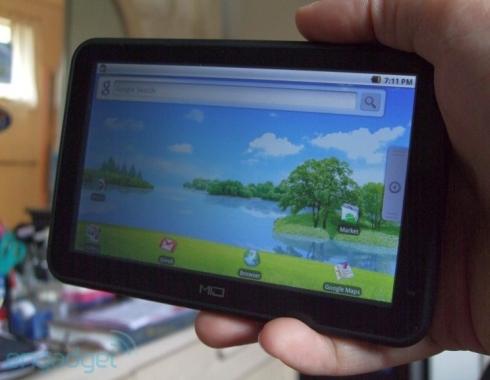 A few months ago a company called Enso promised to ship a 5 inch Android for under $200. But the Enso zenPad was plagued with delays. Early customers reported that the company took their cash without sending them any tablets in return, and the whole thing started to look like a scam.

Well, it turns out the Enso zenPad is a real product, and Engadget finally managed to snag a review unit. Unfortunately, it’s a rather lousy real product.

Engadget reports that the zenPad ships with Android 1.5, which means many recent apps aren’t going to run on it. The tablet is also reportedly slower than a T-Mobile G1, which is pretty sad considering the G1 has been on the market for almost 2 years at this point. And the resistive touchscreen was reportedly unresponsive and difficult to use. Oh yeah, and despite the promotional shot on the Enso homepage showing an enormous screen just waiting for you to add widgets and app shortcuts, it turns out you basically have a 4 x 4 widget space to work with — just like on any other Android smartphone.

On the bright side, Engadget suggests that the Enso zenPad works pretty well for surfing the web using the Android browser. But so does the $200 Archos 7 Home Tablet, which accomplishes the same thing without all the drama and baggage.