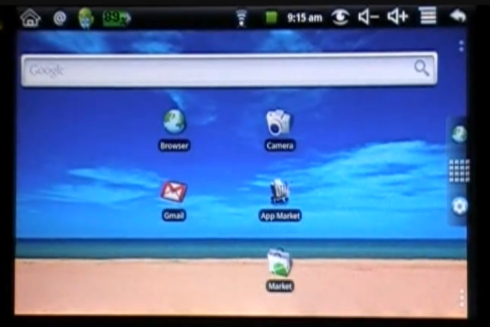 Just a few days after Walgreens started selling the $100 Maylong M-150 7 inch Android tablet through its web site, hackers have figured out how to root the device and upgrade the operating system and other software. That’s the good news. The bad news is that the list price seems to have jumped from $99.99 to $129.99 — which is still cheap, just not quite as cheap.

So here’s the skinny. The tablet ships with Google Android 1.6, but after installing a custom ROM you can get it to run Android 2.1.

In the video after the break you can see what happens when you bot the hacked version of the tablet running Google Android 2.1 with setCPU installed to overclock the processor. Some actions look a little sluggish, which isn’t surprising given the slow processor. And it looks like some apps may not launch properly, but the tablet is clearly running Android 2.1.

5 replies on “The cheap Walgreens tablet has been rooted – Video”