You can’t throw a 9-pin serial mouse these days without hitting a scaled-down retro gaming system. Two months ago the $80 C64 Mini joined the ever-expanding list. 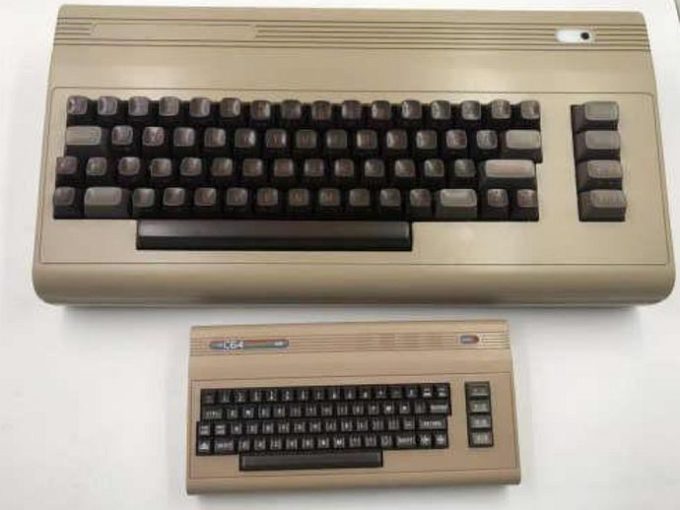 Like the NES Classic Mini, SNES Classic Mini, and Playstation Classic, it shipped with a bunch of pre-loaded games… 64 of them, to be exact. The original Commodore 64 wasn’t just a gaming system, of course. The C64 Mini can also run BASIC, a nice touch that makes it feel a bit more like the system that inspired it.

The setup looks a little odd, though, since you have to plug in a USB keyboard to your miniature system that looks like a keyboard.

That will soon change because a full-scale Commodore retro system is now in the works. This version will have a functional keyboard, just like the revolutionary home computer the debuted back in 1982.

The company behind this new Commodore is Retro Games, the same folks who delivered the C64 Mini. They will reportedly sell it as THEC64. What’s pictured here is a prototype. The finished product is due to arrive sometime in 2019.

There’s no word yet on what kind of hardware you’ll find under the hood, but I’d expect it to be much closer to what drives the C64 Mini than, say, the wild Core i7 guts that Commodore USA shoved into its C64x Extreme.

I got my first real taste of home computing a Commodore 64, and I’ve got to say that the full-scale device looks way more exciting to me than the C64 Mini.

It was way more than a gaming device in our house. My sister and I spent countless hours tinkering with BASIC programs. My older brother even got into MLX (and later turned his love of coding into a very successful career that has spanned three decades).