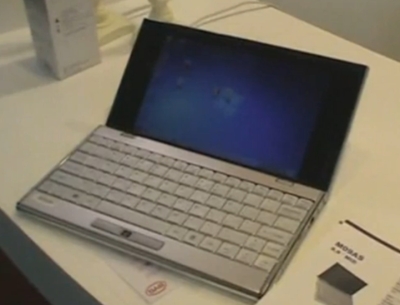 BYD is showing off a series of netbooks and tablets at CeBIT in Germany, and jkkmobile shot a little video with a few of the most interesting models. You can check out his videos below, but here’s a quick rundown of what he found:

But the M09AS is very thin and has a nice looking metal case and keyboard. It also packs 802.11b/g/n WiFi, Bluetooth, and a 3G module.

Instead of a standard touchpad, there’s an optical mouse which takes up less space.

This tablet features an 8.9 inch, 1024 x 600 pixel display and NVIDIA’s Tegra chipset, which combines a low power ARM-based processor with a graphics processor capable of handling HD video and some 3D graphics.

The BYD Alice runs either Google Android or Windows CE. The tablet has Bluetooth and WiFi built in, plus a PCIe interface for a 3G modem or other components. It will be available with either 8GB or 16GB of flash storage.

There’s also an HDMI output, which is odd for a computer with GMA 3150 graphics. This tablet runs Windows 7.

3 replies on “The BYD tablets, netbooks of CeBIT”