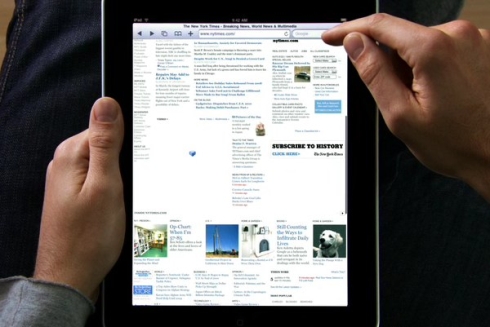 Apple doesn’t like Adobe Flash, which is why you can’t use it on the iPhone, iPod touch, or iPad. Google and Adobe have made a big deal out of the fact that you can run Flash on Google Android 2.2. But you know what else uses Flash? Almost every computer on the market today — and almost every web site that streams video.

While Apple and others may be trying to pressure content providers into moving from Flash to newer, less resource-intensive standards like HTML5, the truth of the matter is that there are still a lot more Flash-ready devices on the market than there are Apple products. And some media producers have decided it’s not worth changing the way they do things just to appease Apple and support streaming video on a few million Apple mobile devices.

The New York Post reports that Time Warner and NBC Universal are among companies that have told Apple they’re not going to switch from Flash to HTML5. That’s got to be good news for Adobe and its backers, including Google.

Meanwhile, other media companies are rushing to make sure their content is available on as many devices as possible. The BBC has just updated its iPlayer app to support UK iPads. And HBO is reportedly working on an iPhone and iPad app as well.

Oh, and just to confuse matters… NBC does have a mobile site and you can access a number of video clips using an iPhone — just not full episodes. And Time Warner-owned CNN.com has a ton of streaming video available on an iPhone. So maybe the New York Post article is more about grand-standing than actually holding out against the big Apple.