Archos is bringing its first quad-core tablets to market this year with the Archos 80 Platinum and Archos 97 Platinum. But like most recent tablets from Archos, it looks like at least one of these may not have been designed in-house.

The Archos 80 Platinum showed up at the FCC website this week, and on the back you can make out an Onda logo. As the folks at ArcTablet point out, that suggests Archos is simply slapping its name on the Onda V812 tablet. 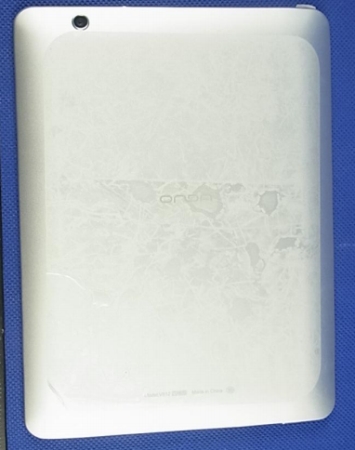 Both the Onda V812 and the Archos 80 Platinum feature 8 inch, 1024 x 768 pixel displays, Allwinner A31 ARM Cortex-A7 quad-core processors. They also look a lot like one another, which lends credibility to the idea that they’re one and the same.

The Onda V812 features an aluminum case and an IPS display with a 178 degree viewing angle. It supports 5-point multitouch and has front and rear cameras.

The tablet has 2GB of RAM and 16GB of storage, plus a microSD card slot for additional storage. It runs Google Android 4.1 Jelly Bean.

I got a chance to spend a few minutes with the Archos 80 Platinum at CES in January, and it seemed like a well-built device that’s easy to hold in one hand for reading books or watching videos. While I didn’t have time to test many apps, it also seemed reasonably fast for a low-cost tablet.

Several AliExpress sellers are offering the Onda V182 for as little as $180, while PandaWill carries it for $186 and onda-tablet sells it for $180.