Radxa has been selling small, cheap single-board computers under the Rock Pi brand for the past few years, but so far most have been powered by ARM-based processors.

The Rock Pi X is different. It’s powered by an Intel Atom x5-Z8350 processor based on x86 architecture. That means that you should be able to run just about any operating system on this little computer, including Windows 10, Ubuntu (although most other GNU/Linux distributions should probably work as well, as should Android).

As spotted by CNX Software, the Rock Pi X is available for pre-order from Allnet China for $59 and up. 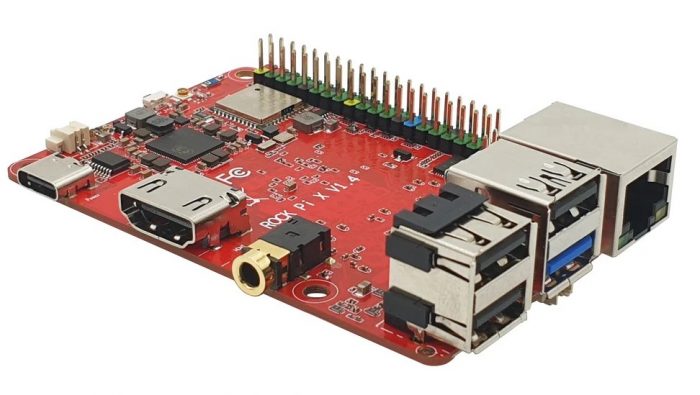 That’s the price for a model with 2GB of RAM and 16GB of eMMC storage, which is probably the bare minimum for running Windows 10. But you can pay extra for a bit more of each:

There’s also a listing for a $49 model with 1GB of RAM and 8GB of storage, but it does not appear to be in stock at the moment. Seeed Studio is also selling the 4GB/32GB version for $75.

Intel’s Atom 5-Z8350 processor is a 2-watt, quad-core, quad-thread processor released in 2016. It’s not exactly a speed demon, so don’t expect desktop-class performance from a computer using this chip. But since it’s an x86 processor, it’s compatible with a wide range of software applications.

According to the Rock Pi X product specs, the system has an HDMI 2.0 ports with support for 4K output at up to 30 frames per second, but I wouldn’t really expect the Atom processor’s integrated GPU to be able to perform very at that resolution. 1080p shouldn’t be a problem though.

Here are some key specs for the Rock Pi X Model B:

According to the Rock Pi X page on the Radxa Wiki, there may also be a cheaper Rock Pi X Model B at some point, which has the same basic features, but which lacks the integrated WiFi, Bluetooth, and onboard antenna and which does not support Power over Ethernet.

The Rock Pi X was first unveiled over a year ago, but it only recently became available for purchase.